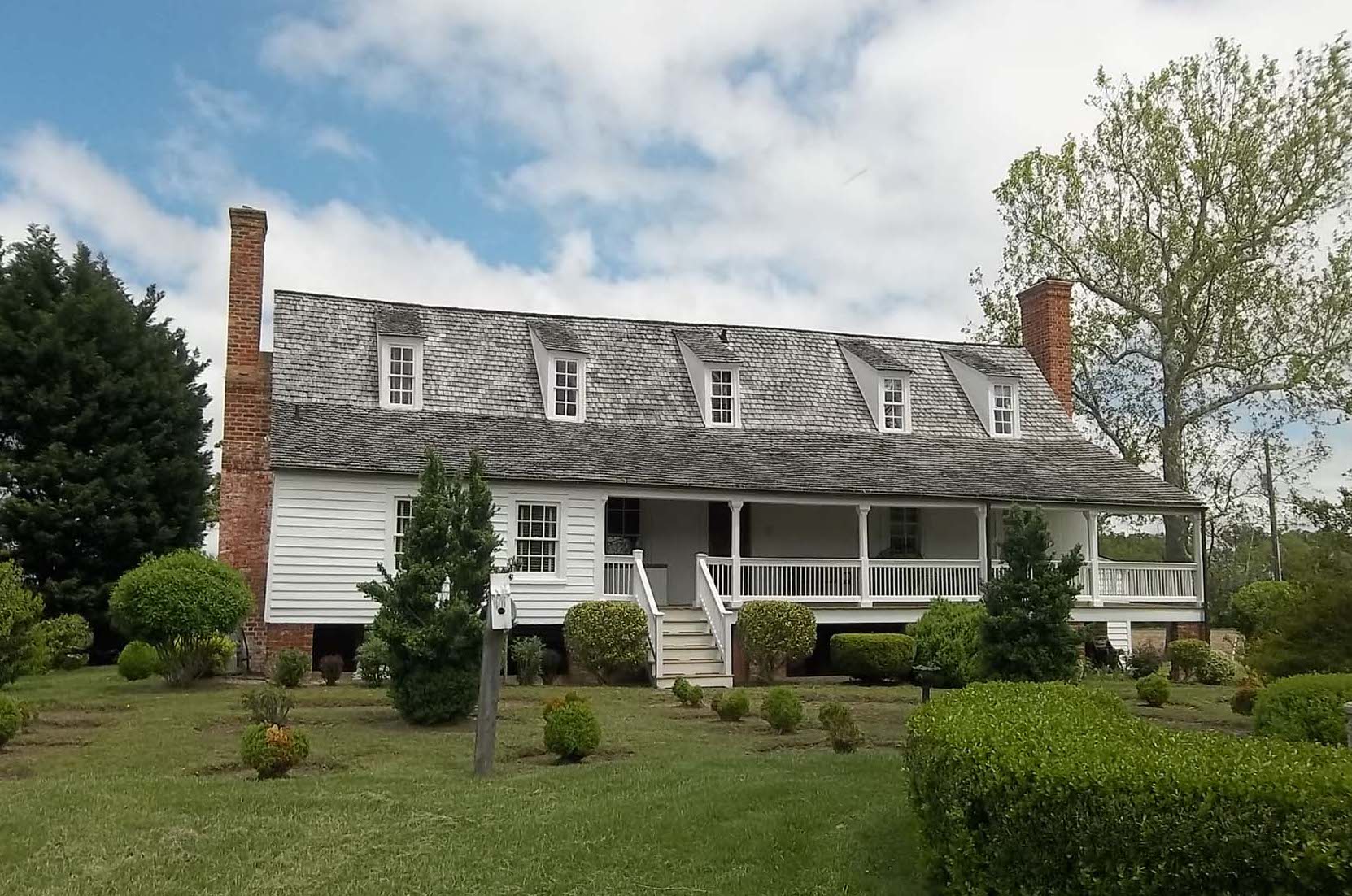 This informal old manor house, a landmark to passing motorists on nearby U.S. Highway 17 in the Occupacia-Rappahannock Rural Historic District in Essex County, was constructed with rare framing techniques, which offer important clues to early Virginia building technology. The oldest portion of the house began ca. 1730 as a one-room dwelling with exposed ceiling joists and exposed framing for an exterior cornice. This elementary dwelling was expanded to its present form with its long rear porch in the fourth quarter of the 18th century, during the ownership of the Waring family. The picturesque shed dormers likely date from a mid-19th-century renovation. An oddity of the plan of the later section is the exceptionally wide center passage. The house long stood in a state of neglect but was carefully restored in the late 1970s.