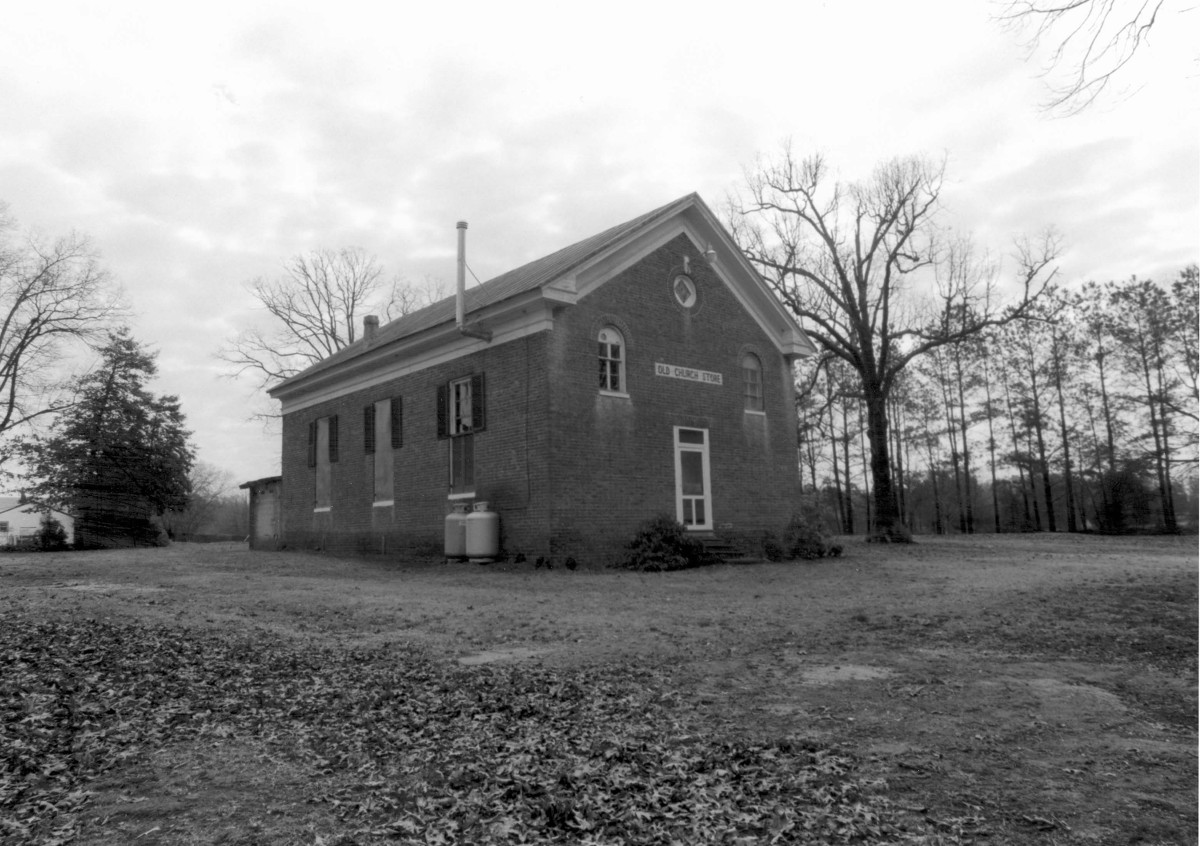 Saint Matthew’s Episcopal Church is located in the rural town of Champlain, in Essex County’s Occupacia-Rappahannock Rural Historic District. Construction began in 1861 but the Civil War halted work until 1865. The brick church was consecrated in 1870, and served the residents for a century until its conversion to a general store in 1970. Saint Matthew’s simple rectangular design and unpretentious exterior closely resemble Virginia’s colonial Anglican churches. The exterior exhibits three distinct brick bonds. The foundation is composed of five-course American bond, and the walls are of three-course American bond and Flemish bond. Inside, the church possesses features that distinguish it as a 19th-century building, such as the absence of a projecting pulpit and reader’s desk, as well as the lack of a southern entrance. The interior is relatively simple, placing the focus on worship, not ornamentation. Saint Matthew’s remains an excellent example of colonial-style architecture built in the 19th century.