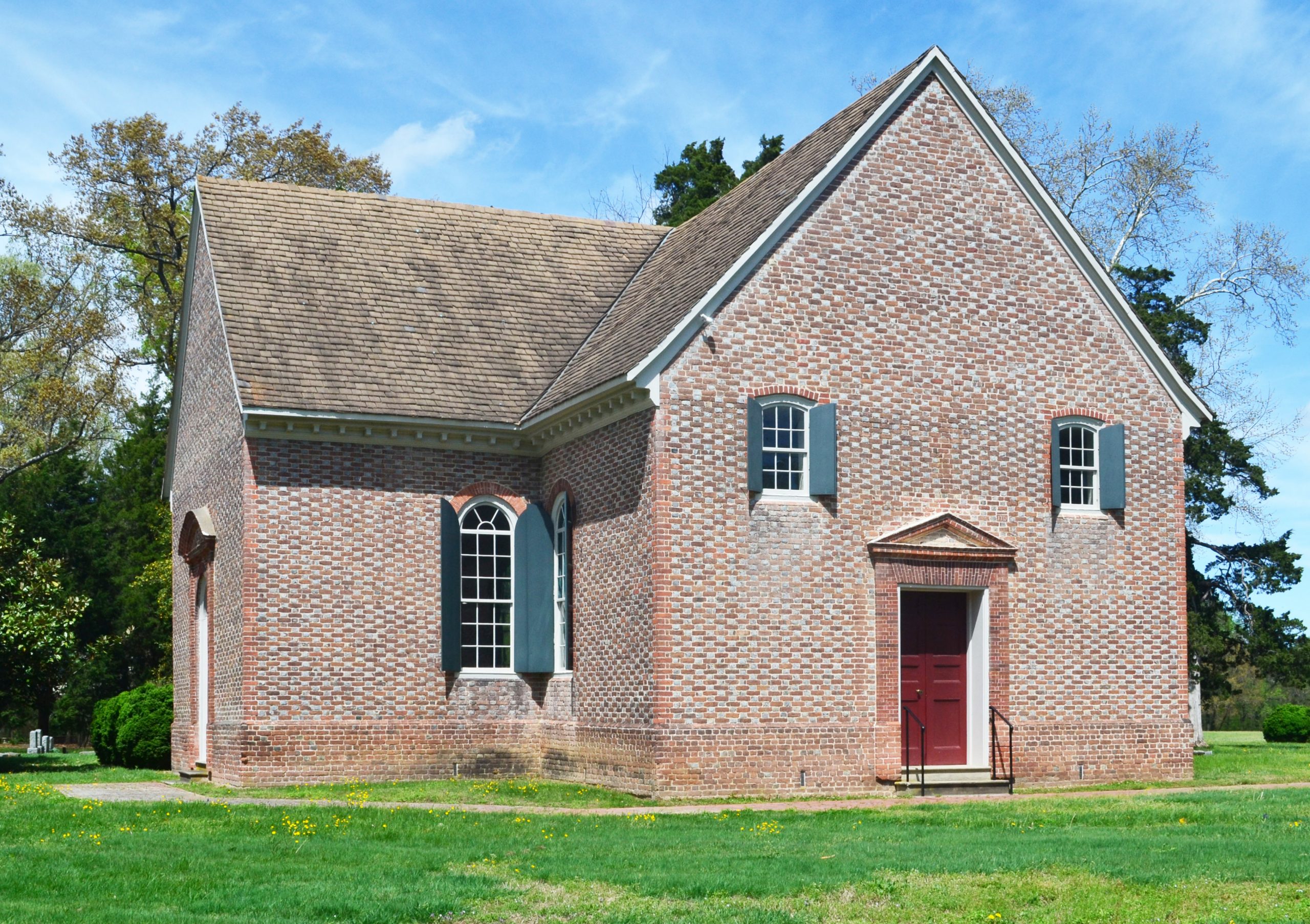 The ability of the colonial mason to give articulation and dignity to an otherwise elementary structure is no better illustrated than in the brickwork of Vauter’s Church in Essex County’s Occupacia-Rappahannock Rural Historic District. With glazed-header Flemish bond set off by rubbed-brick corners, gauged-brick arches, and molded-and-gauged pedimented doorways, the masonry is a demonstration of early-18th-century craftsmanship. It has long been asserted that the T-shaped building was erected in two stages: the main section ca. 1719 to serve as the upper church of St. Anne’s Parish, and the south wing in 1731. The consistency of the brickwork, however, has led to more recent speculation that the building was erected at one time. The church underwent an interior remodeling in conjunction with the resumption of regular services in 1827, but much colonial fabric was reused. Unlike many other colonial churches, Vauter’s escaped Civil War damage.