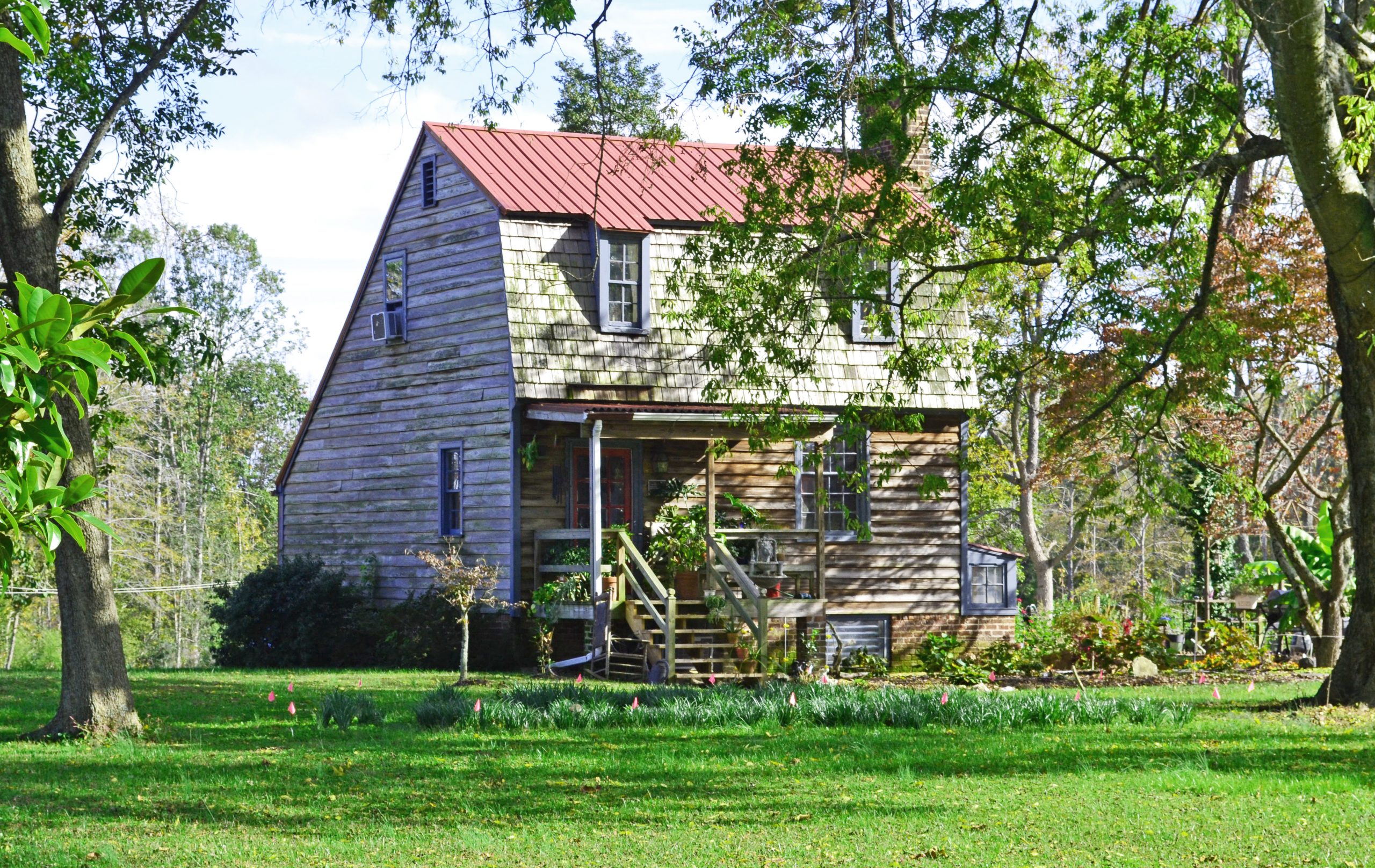 Woodlawn, also known as the Trible House, is an example of the fast disappearing single-cell domiciles built in great numbers beginning in the late 18th century. These small but well-crafted dwellings demonstrate the newly acquired ability of modest Virginia farmers to create shelters more substantial and more refined than the rude yeomen’s cottages of the colonial period. The first portion of the tiny gambrel-roofed structure was constructed ca. 1816 for John Haile. The house was expanded with a lean-to addition ca. 1840 when it was acquired by George Trible. Carefully restored in the 1970s after standing empty and neglected, Woodlawn is a point of interest on U.S. Route 360, the old highway connecting Richmond and Tappahannock.