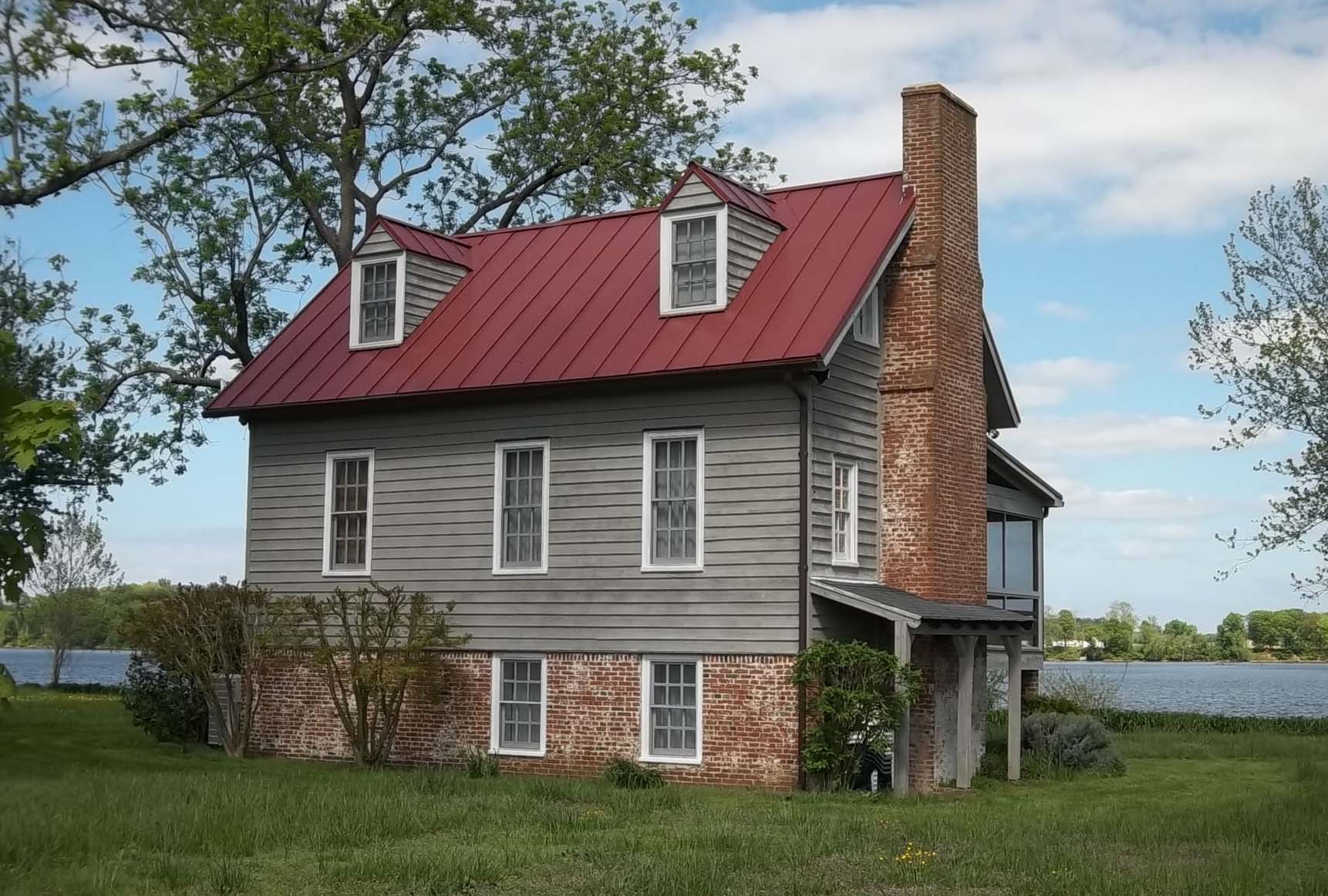 A relic of the days when the Rappahannock River was a main transportation artery for people and commerce, the Port Micou complex, in Essex County’s Occupacia-Rappahannock Rural Historic District, consists of a granary/warehouse and a small dwelling probably built as an overseer’s house. Named for Paul Micou, a Huguenot, who began purchasing property here in 1697, Port Micou was a wharf complex for much of the 18th century. It was acquired by Robert Paine Waring in 1835 and the two structures were built either by Waring or his son-in-law Richard Baylor, both prosperous landowners. The large two-story granary, notable for its fine workmanship, originally stored wheat that was shipped to Tidewater cities. The functionally related dwelling (shown above) has but one room and a passage on its main floor. Only with imagination can one picture the hum of activity that once took place at this now quiet and lonely place.