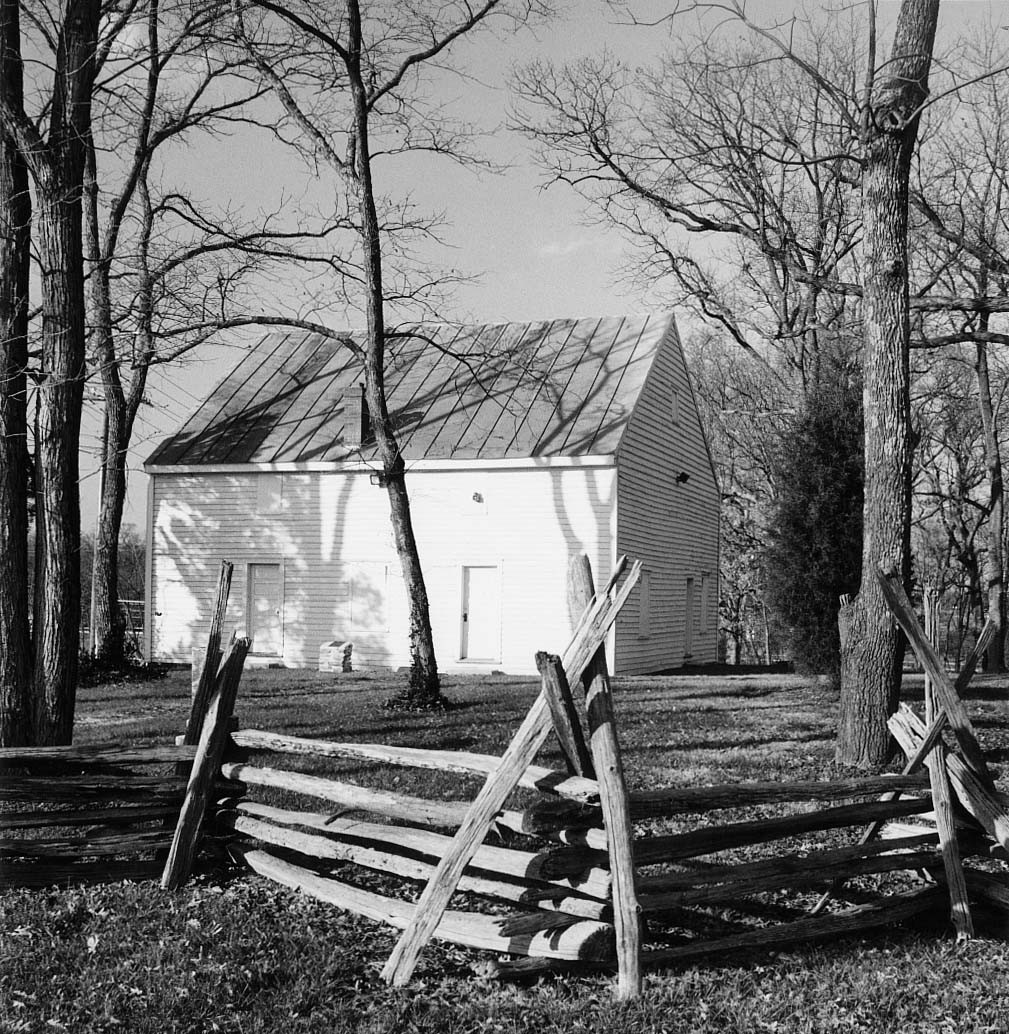 During the 18th and early 19th centuries, Baptists were among the few religious groups in Virginia that were openly accepting of African Americans. Frying Pan Meetinghouse is one of the state’s oldest surviving Baptist churches where a racially-integrated congregation was maintained from the very beginning. This simple meetinghouse traces its origins to 1775 when a Baptist congregation was organized at nearby Bull Run. Some of its members later wrote to Robert (“Councillor”) Carter requesting his permission to build a meetinghouse on land he owned near Frying Pan Spring. Carter agreed, and the present structure, erected by members of the congregation, was standing by 1791. The little-altered, wood-frame meetinghouse, is in the plain vernacular style favored by nonconformists. In 1984 the property, located in the Floris Historic District, was acquired by Fairfax County Park Authority for a museum. The unusual name derives from a local legend which holds that Indians camping on the site were attacked by settlers and left behind their frying pan containing their meal.