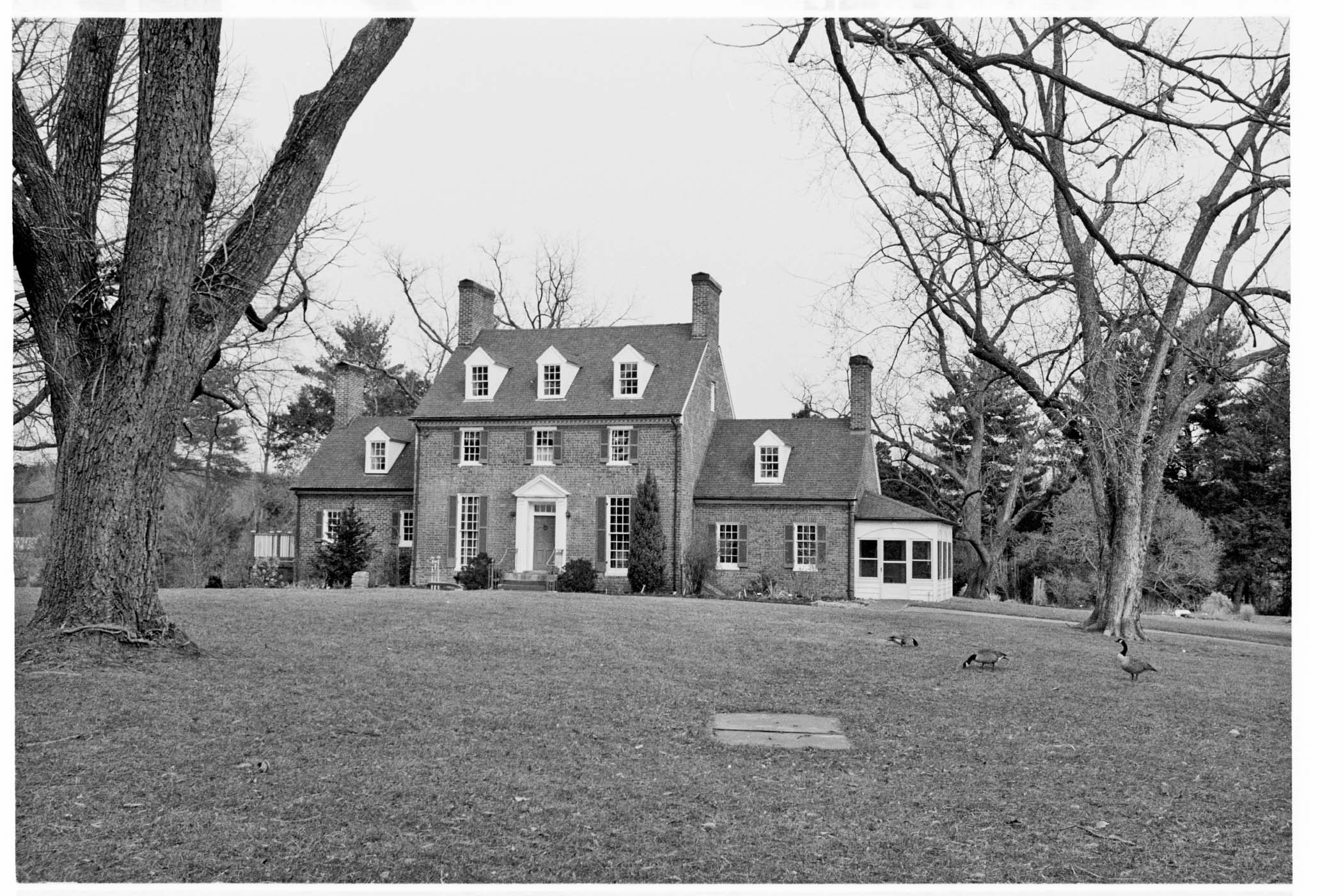 Green Spring, significant for its architecture and landscape architecture, is the product of the combined efforts of two American masters of the Colonial Revival style, Beatrix Farrand and Walter Macomber. The two professionals were hired in 1942 by owners Michael and Belinda Straight to transform Green Spring into a country showplace. The late 18th-century brick house, probably built for Revolutionary War veteran John Moss, is one of the few rural houses of the period surviving in Fairfax County. Although primarily an example of the Colonial Revival since its renovation under the direction of Macomber, the dwelling still retains its original 18th-century character with its Flemish-bond brickwork, tall chimneys, and Colonial Revival woodwork. Macomber was a restoration architect who was known for his work at Colonial Williamsburg and Mount Vernon. A strong advocate of the Colonial Revival style, he developed a career out of renovating and redesigning old houses for private owners. Farrand, a pioneer of American landscape design and the only female among the founders of the American Society of Landscape Architects, was the landscape architect for Dumbarton Oaks, Princeton, Vassar, and numerous private residences in New York, New England, and California. In 1942, she accepted her only commission in Virginia and drew a preliminary sketch for the garden at Green Spring. Gardeners and stonemasons who had worked with Farrand at Dumbarton Oaks accompanied her as she directed the installation of the garden. She was 70 years old at the time, and Green Spring was one of the last commissions of her life.