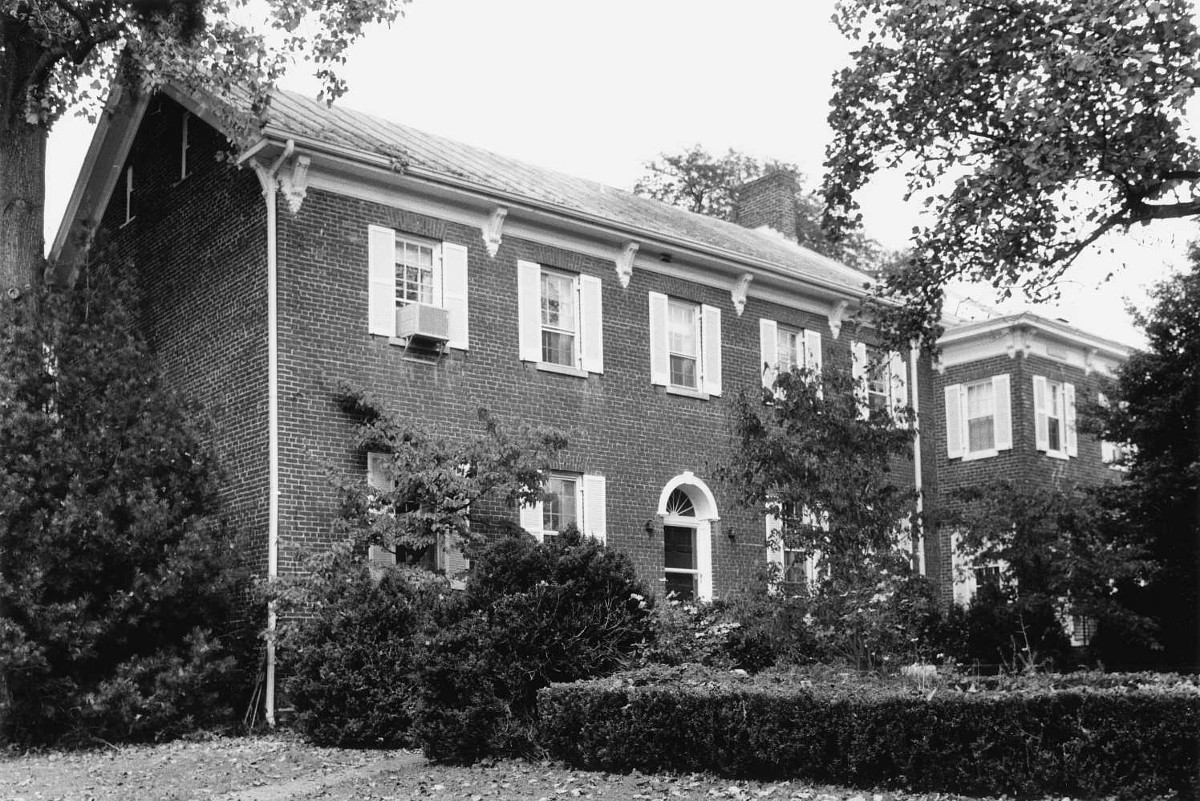 With its extensive grounds, early outbuildings, and straightforward Federal architecture, Salona recalls an earlier era when such rural complexes were common in Fairfax County. Built in 1811-12, the house first served as the home of the Rev. William Maffitt. President James Madison spent the night at Salona in August 1814 following his escape from Washington during the British sack of the city. War touched Salona again in the winter of 1861-62 when the house was occupied by an element of a Vermont brigade and later by a volunteer battalion of New York troops. During the Union occupation, the house was substantially damaged but it was later restored and received its Italianate brackets and a two-story wing. Though surrounded by the busy community of McLean, Salona’s tree-dotted lawn and surrounding fifty-two acres preserve a feeling of its former rural character.