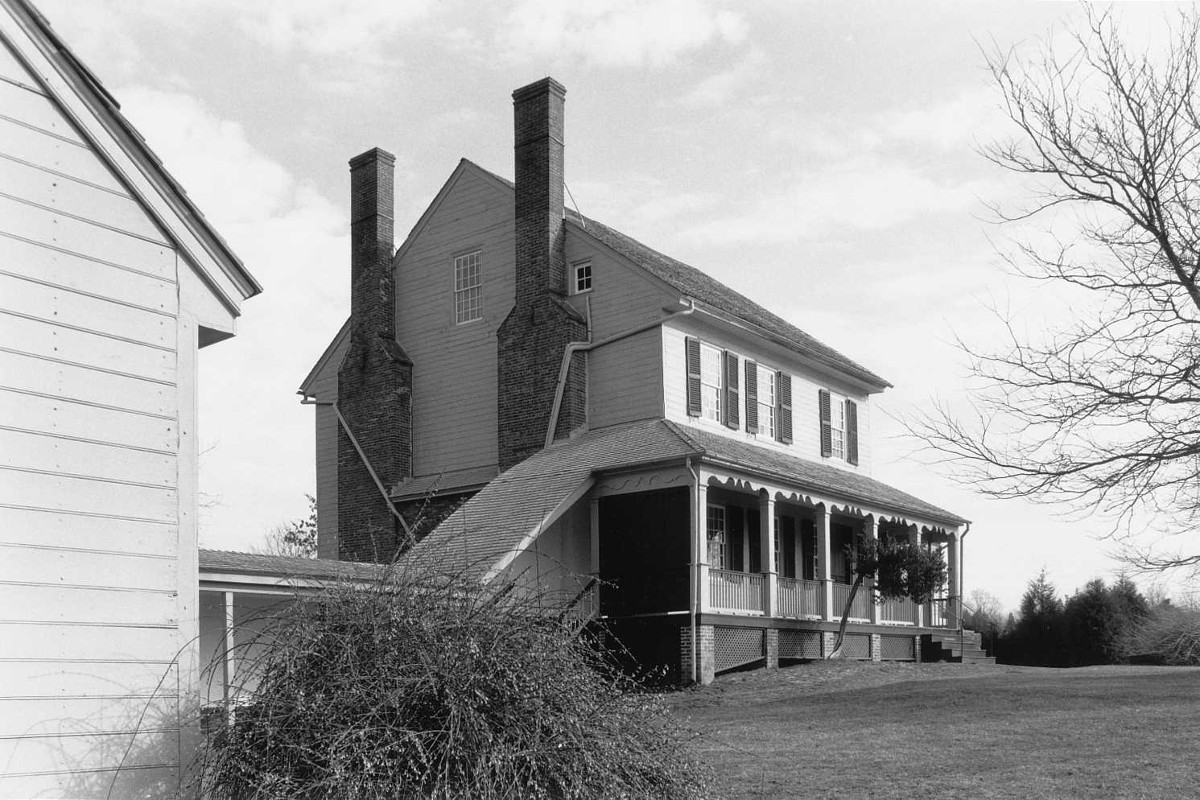 Richard Bland Lee, younger brother of “Light-Horse Harry” Lee and uncle of Robert E. Lee, had this rambling farmhouse built in 1794 and added its east wing in 1799. Lee was a founder of Phi Beta Kappa and served as the first U.S. congressman from northern Virginia. Although not a formal mansion, the fine quality of Sully’s woodwork demonstrates the attention that was often given to less pretentious Virginia houses. Adding visual interest is the inviting piazza with its scalloped eaves. Adjacent to the house are a stone dairy, a smokehouse, and a kitchen/laundry. The latter displays a rare use of galleting (small stones inserted in the mortar joints for decoration). Sully was threatened with destruction when Dulles International Airport was built nearby. Spared through a special act of Congress, Sully is now a museum exhibited by the Fairfax County Park Authority.