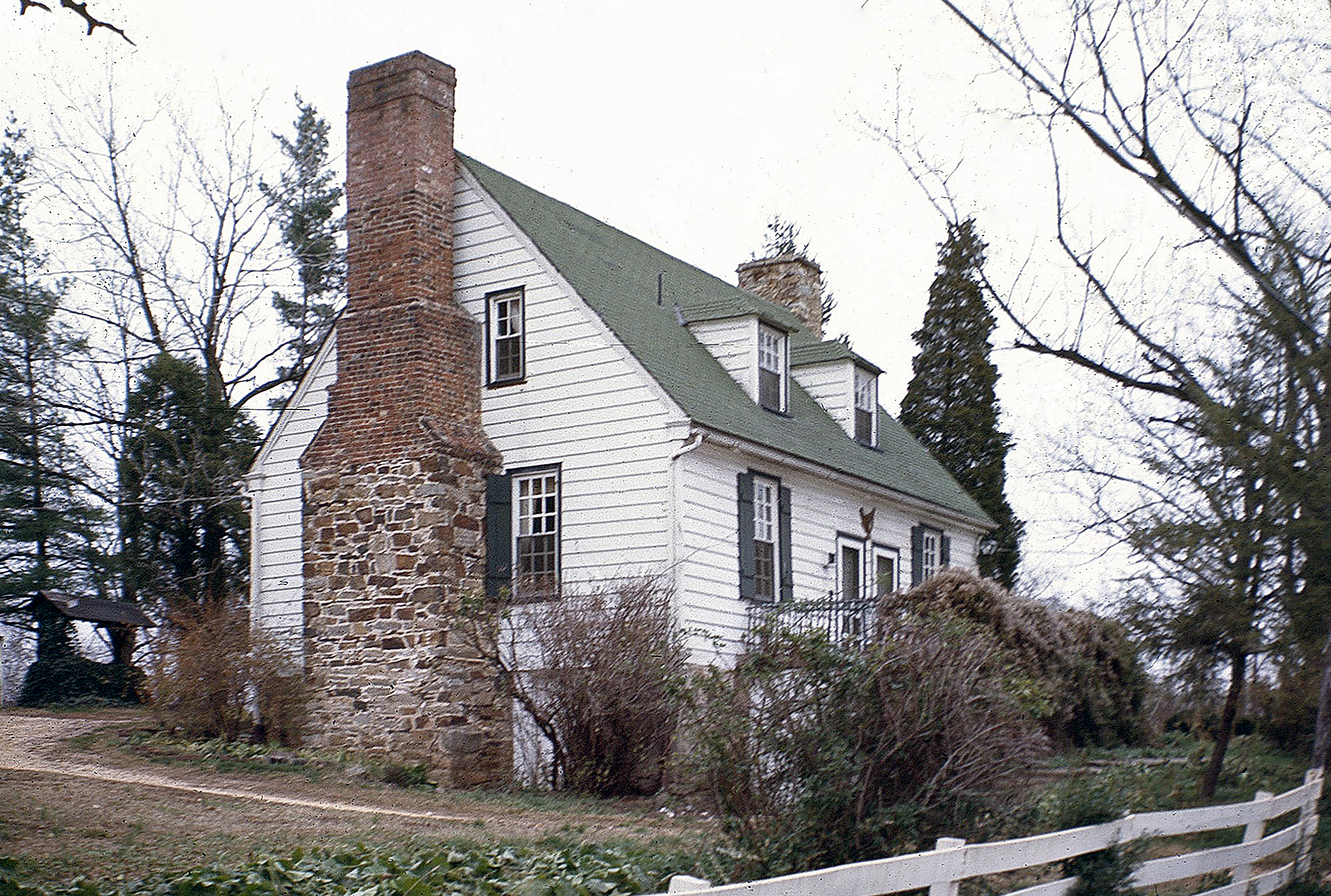 During the 18th century the Potomac River creeks were dotted with small port towns settled by Scottish merchants. Most became dormant as their harbors silted up. A typical case is Colchester on the Occoquan River, a town in southern Fairfax County which did not survive the 18th century. A relic of this former port is the Fairfax Arms Tavern, one of the settlement’s only two surviving 18th-century buildings. The tavern was standing as early as 1763 when William Linton was cited for operating an ordinary on the parcel. William Thompson kept a tavern here from 1779 until his death in 1800, after which it became a private residence. The unassuming frame structure, with brick-and-stone chimneys, is representative of the simple vernacular style that characterized the architecture of these early ports.