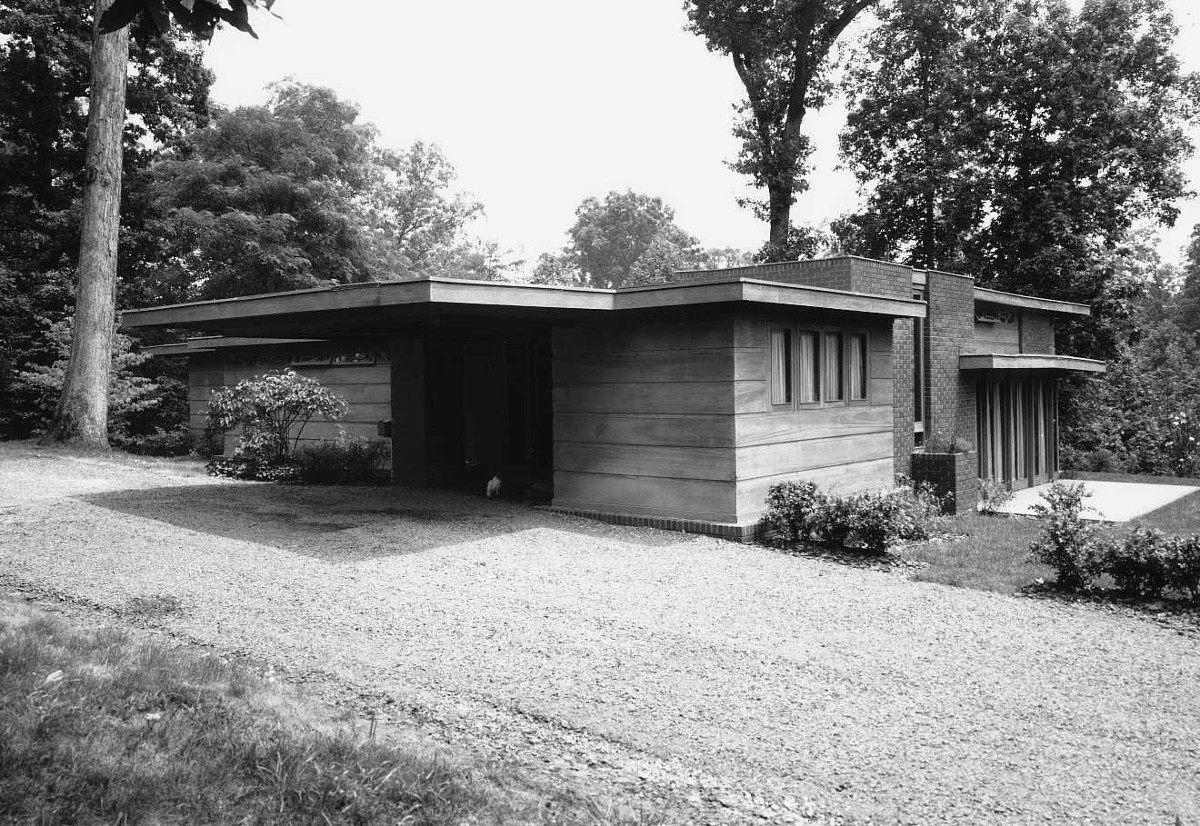 A monument in domestic architecture to the egalitarian faith of architect Frank Lloyd Wright, the Pope-Leighey House is the third and perhaps the most representative of Wright’s Usonian houses. Wright developed the Usonian, or U. S.-onian, concept as a means of providing practical, economic housing with the quality and clarity of design Wright believed essential to modern American life. The house was designed in 1939 for Loren B. Pope, who lived in it until 1947 when it was sold to Mr. and Mrs. Robert A. Leighey. Threatened by highway construction, the house was dismantled and moved from Falls Church in 1965 and rebuilt under the sponsorship of the National Trust for Historic Preservation on the grounds of Woodlawn Plantation. The house, preserving most of its Wright-designed furniture, is exhibited by the National Trust as a landmark of Wrightian design and American modernity.