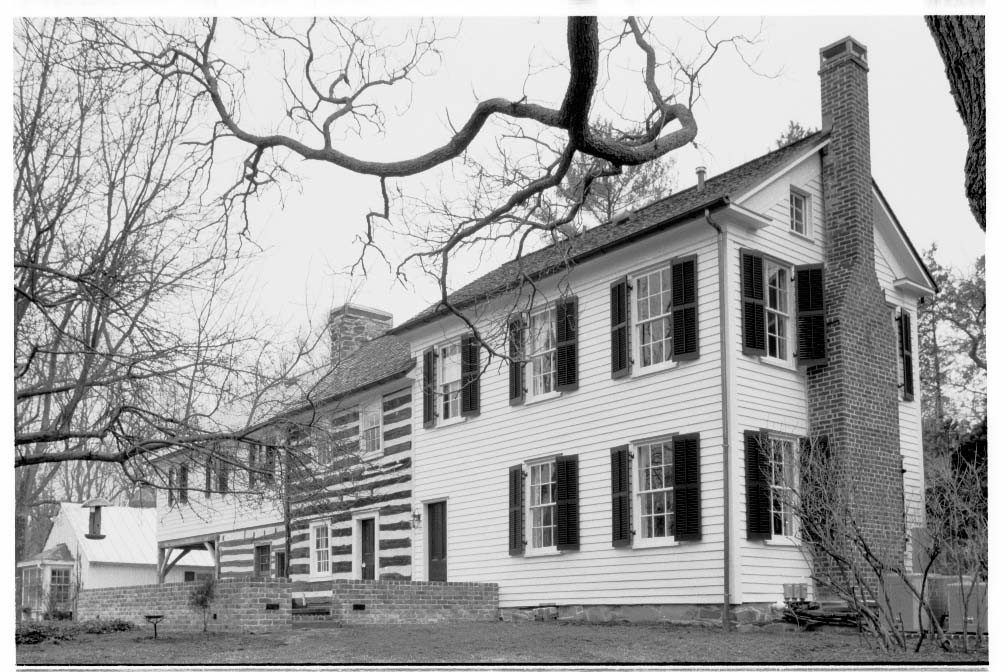 Four Stairs began as a one-story, gable-roofed, one-room log house perhaps built early in the 1730s by Northern Neck frontier planter Thomas Simmons. Next came a shed-roofed west-side log pen and rear shed-roofed, timber-framed kitchen. This phase was followed by the raising of each roof to two stories, and finally a Greek Revival frame addition was attached about 1850. The house is a fascinating melding of different styles and building techniques. Timber framing succeeded log construction and was, in turn, superseded by transitional frame construction introducing an element of fashion in the Greek Revival style. After 1796, the work of African slaves is apparent. Machine-made components were introduced from Georgetown as transportation and availability improved. Four Stairs is located near early roads, turnpikes, and canals along the Potomac route to the west. The property also contains a family cemetery, a stone-lined, hand-dug well, and four 1960s sheds.