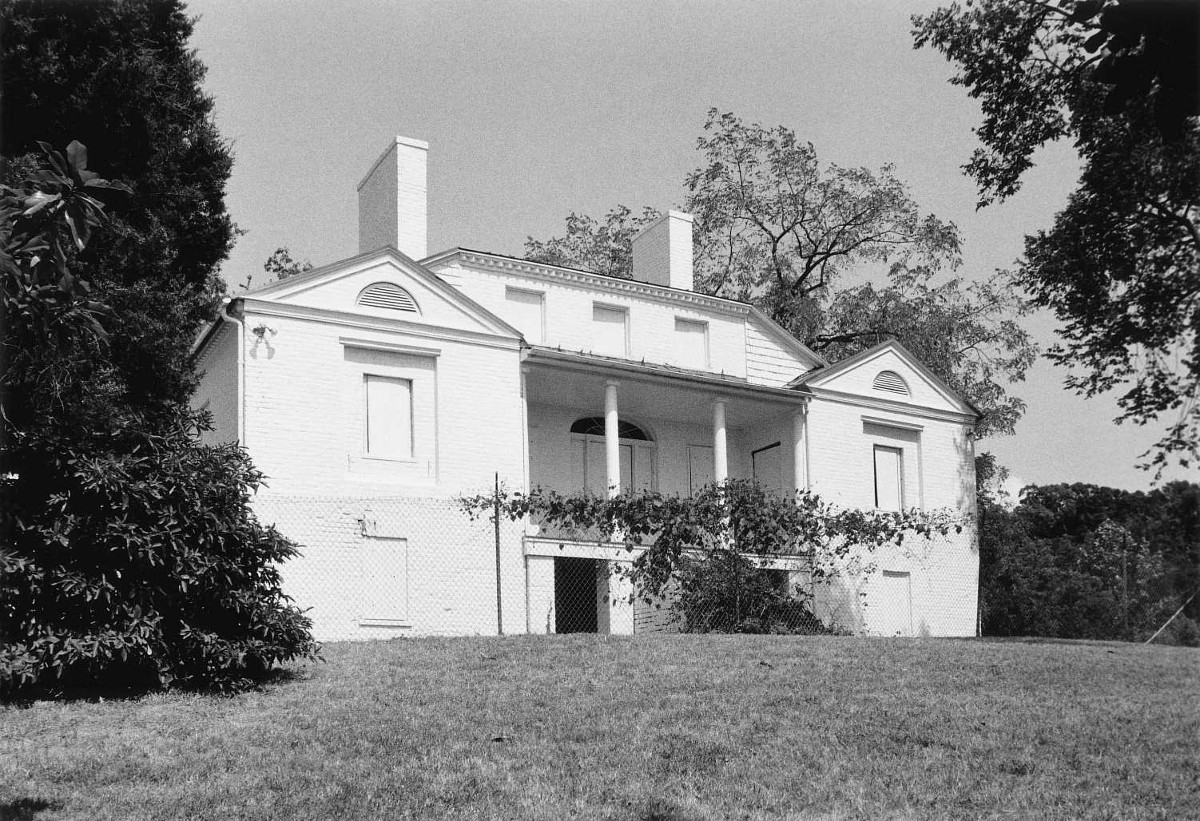 An intriguing Federal-style dwelling perched on the edge of a steep hill, Huntley was built ca. 1825 as a secondary home for Thomson Francis Mason, a grandson of George Mason of Gunston Hall. Although compact, the house has singular architectural sophistication and exhibits the refined ingenuity inherent in the buildings of the English Regency period. Although it has stood unoccupied for a long period, the house has suffered few alterations. Preserved on the grounds are several original outbuildings including a large brick vaulted underground icehouse and an unusually large brick privy. The property is now owned by Fairfax County which has undertaken basic repairs but has not established a permanent use. The unrestored house and grounds are periodically opened to the public.