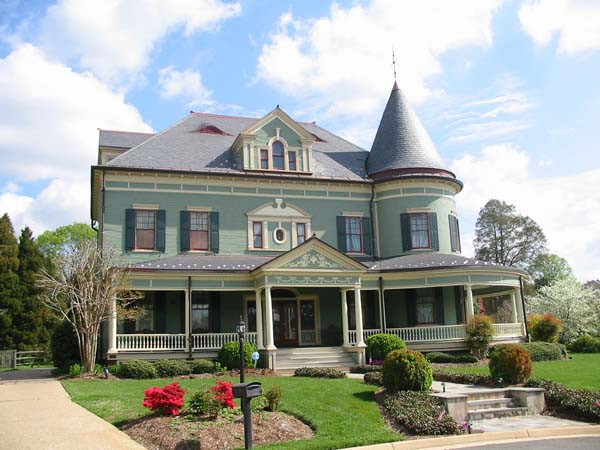 Since the late 19th century, Tower House has had numerous owners, although the World Wide Baraca Philathea Union, a religious organization, owned it the longest, between 1941 and 1994, using it as an international headquarters. In 1888, a Washington-area real estate investor and horse-racing enthusiast began construction of the original portion of the house to establish “a handsome club house” on a 90-acre parcel that was once part of George Washington’s “River Farm.” A new owner in 1901 substantially expanded the house into its current form, a rare example in Fairfax County of the stylistic transition in residential architecture from the Late Victorian or Queen Anne to the early Colonial Revival style. Combining iconic elements of both architectural styles, while displaying the asymmetrical form and layout of the Queen Anne style, the Tower House prominently features classically derived decorative elements on its main façade, and also possesses one of the best-preserved early Colonial Revival-style interiors in the county. Today, Tower House stands on a one-plus acre lot, surrounded by custom homes built during the 1990s and early 2000s.