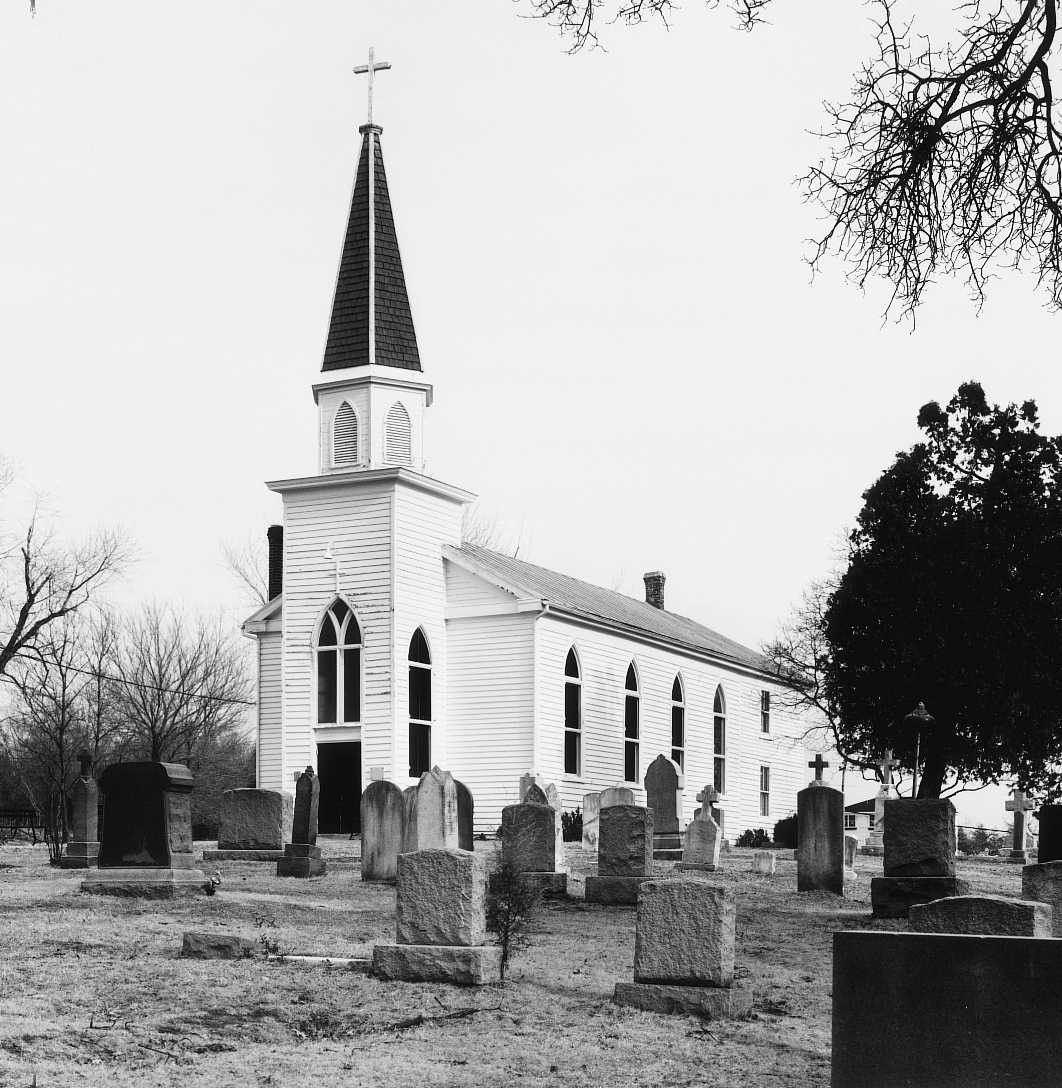 Clara Barton, founder and first president of the American Red Cross, established a field hospital at St. Mary’s Church in August 1862 during the second battle of Manassas. It was here that she was first noticed for her humanitarianism, heroism, and organizational ability. From St. Mary’s as many as 1,000 wounded Union soldiers at a time were moved by train back to Washington. The country Gothic building was erected in 1858 to serve the Irish immigrants recruited to work on the construction of the Orange and Alexandria Railroad. Although its interior suffered as a result of its wartime use, the exterior remains little altered since its construction.