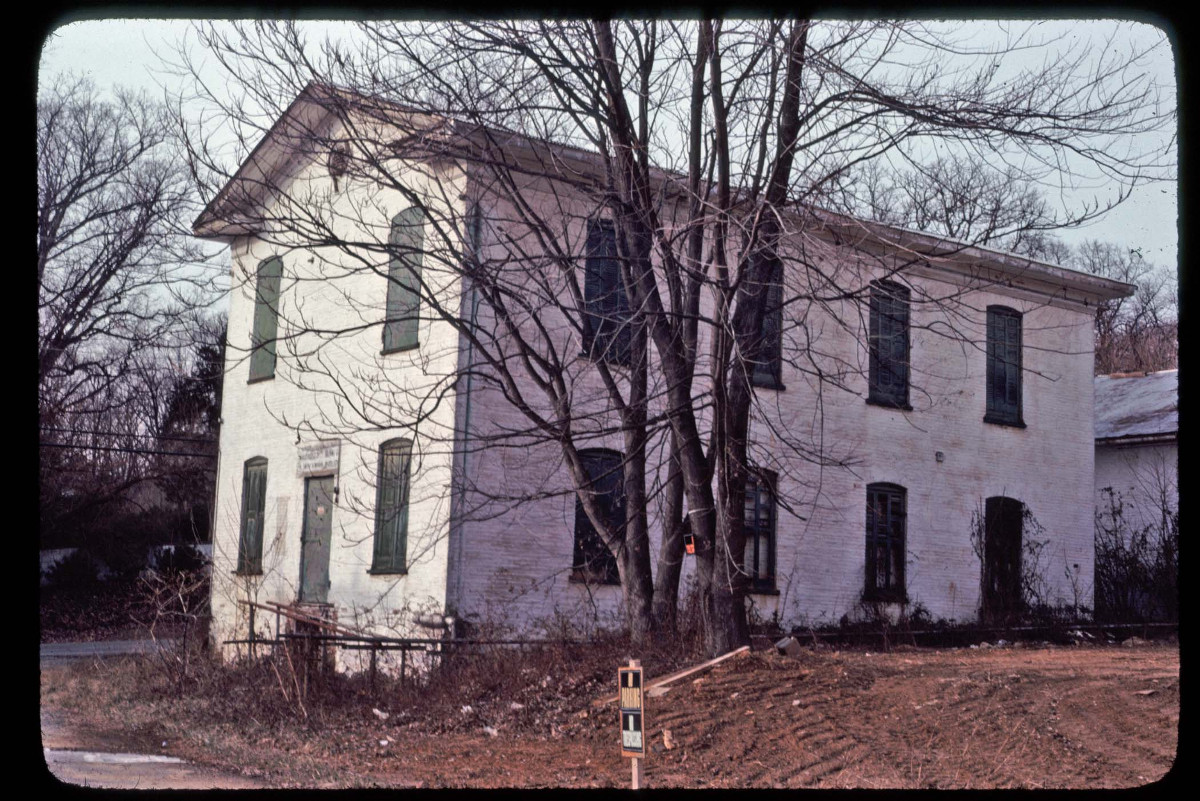 A. Smith Bowman Distillery was originally built as the Wiehle Town Hall in western Fairfax County in 1892 and has since served as the focal point for the surrounding community. The two-story, Classical Revival brick building was designed and constructed under the direction of C. A Max Wiehle, who in 1886 purchased 3,228 acres of farmland in western Fairfax County on which he planned to create a self-sufficient community named in his honor. Although a well-planned community, the town began to flounder after Wiehle’s death in 1901. By 1909, the former brick town hall had become a single-family residence. In 1927, A. Smith Bowman purchased the town, engaging its small population in fox hunts and the only legal whiskey distillery in the Commonwealth of Virginia. In 1934, with the repeal of Prohibition, the former town hall was renovated to serve as a distillery, where large oak barrels of bourbon and whiskey were aged. Renovations included removal from the roof of an 80-pound bell and steeple, which denoted the building’s original use as a church; local residents believed it improper for a building associated with the production of alcohol to look like a religious edifice. The A. Smith Bowman Distillery, the only legal whiskey distillery in Virginia in its day, operated to the 1950s.