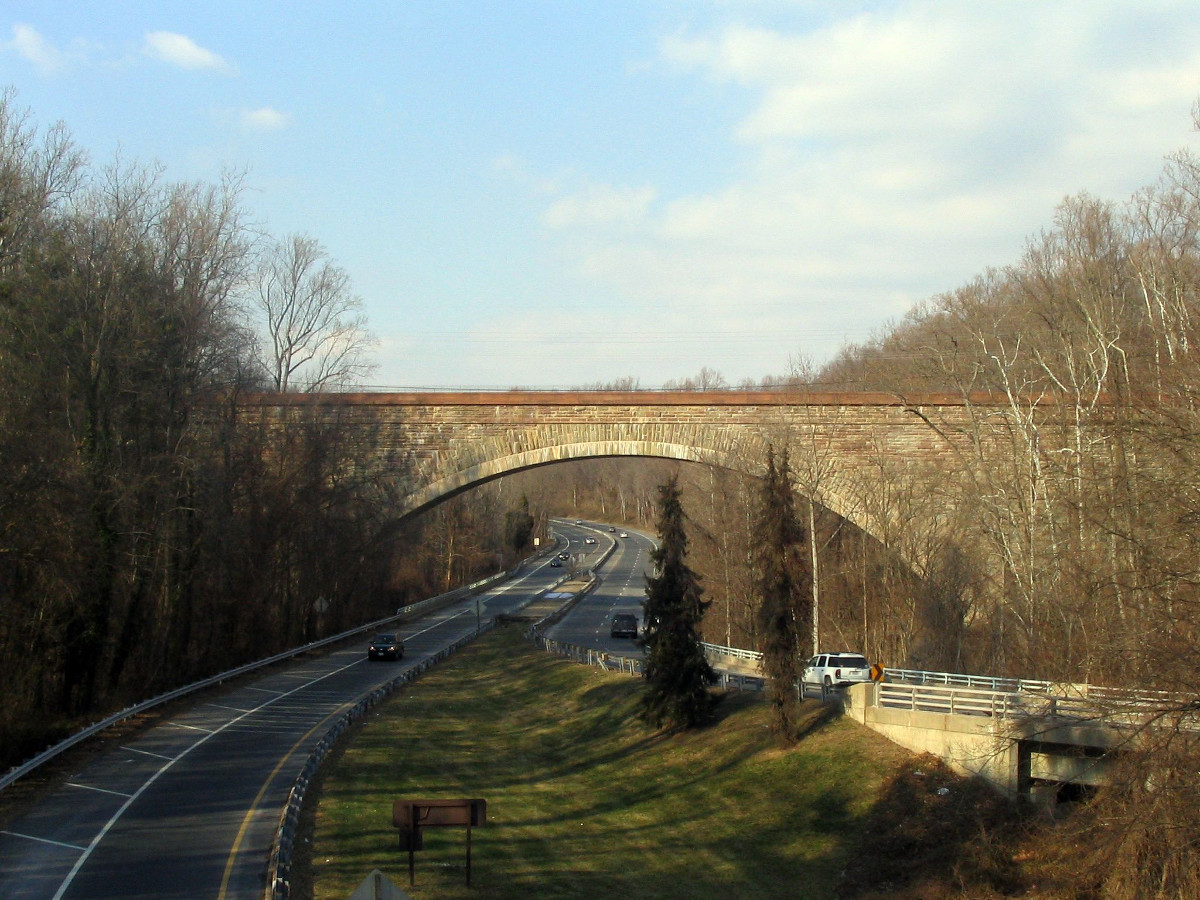 Construction of the Washington Aqueduct water supply system for Washington, D.C. began in 1853 by the Army Corps of Engineers. Designed by Capt. Montgomery C. Meigs, the system consisted of a 12-mile underground conduit extending from the Great Falls of the Potomac River in Maryland to the District of Columbia. Touching the southern bank of the Potomac River at Great Falls, Virginia, and extending primarily through Maryland and the District of Columbia, the aqueduct system is 60 feet in width throughout most of its length but widens at three locations: Great Falls, Dalecarlia Reservoir, and the Georgetown Reservoir. These three areas contain the majority of above-ground resources constructed as a part of the original aqueduct system. Potomac River water was first delivered to the city of Washington via the Washington Aqueduct in 1864. The aqueduct was designed as a gravity-fed system and was augmented with a pump at Rock Creek Bridge. Since Meigs included other structures in his design, including brick air vents along the conduit, waste weirs, gatehouses, a receiving reservoir, and a distributing reservoir, the aqueduct system was not completed until 1880. These structures were integral parts of Meigs’s design and could be distinguished by their Classical Revival detailing, as seen in the gatehouse at the Georgetown Reservoir and the sluice tower at the Dalecarlia Reservoir. Meigs employed other architectural styles as well, a fact illustrated by the robust Second Empire-style caretaker dwellings at Great Falls and Dalecarlia.