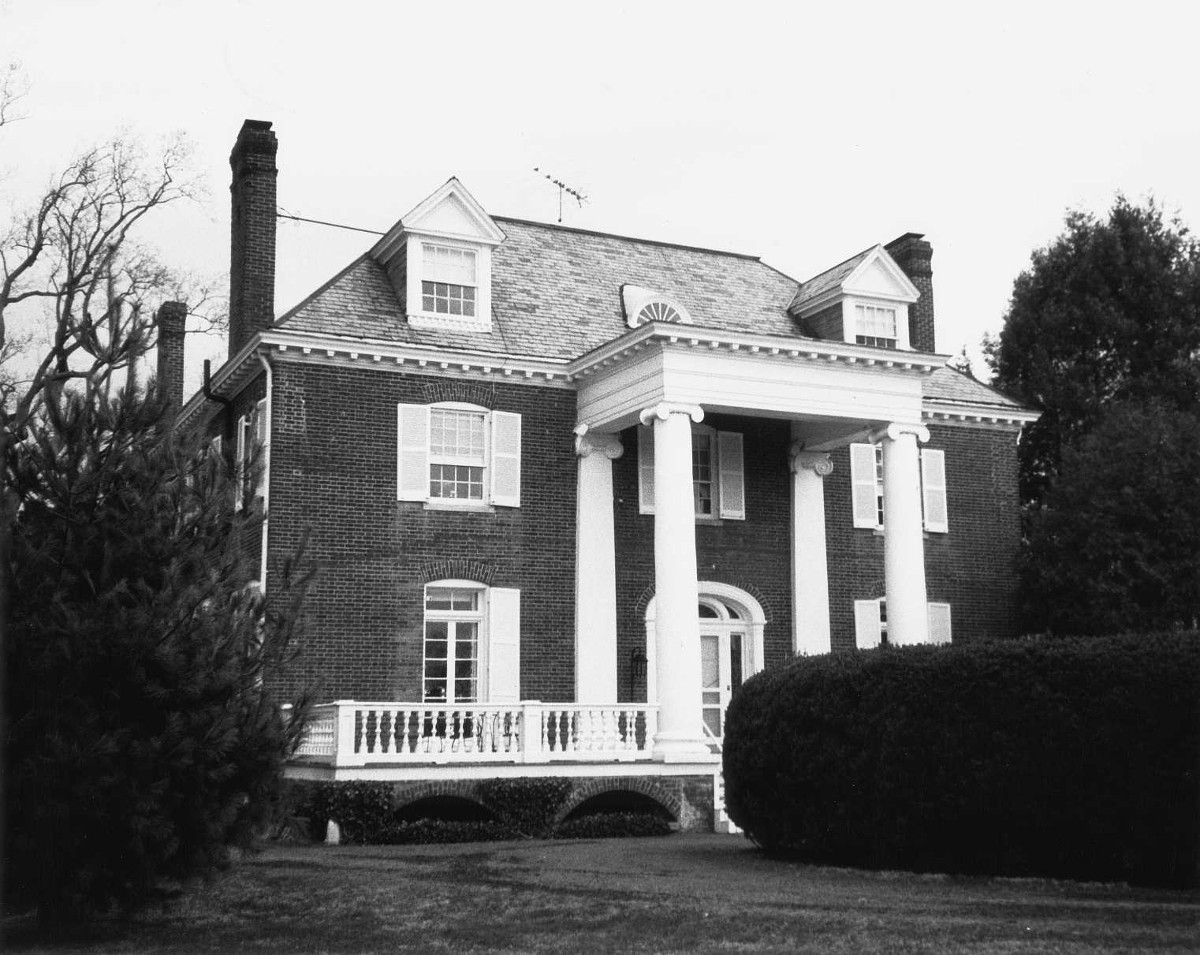 Loretta exemplifies the transformation of many Fauquier County farmhouses into prestige estates by owners whose wealth came from sources other than agriculture. The house began conventional early 19th-century brick dwelling, built by Frances Edmonds, widow of Col. Elias Edmonds, using $5,000 her husband received for service in the Revolutionary War. John Gains, a Warrenton banker, purchased Loretta in 1907 and within a year he and his wife Cornelia transformed the house into a sophisticated Colonial Revival mansion. Gains sold Loretta in 1911 to W. W. Finlay, president of the Southern Railway Company, who added the Ionic portico. Frederick Haserick bought the property in 1924. His widow left it to her son who continues to live here. The house, comfortably situated in a pastoral setting at the end of a tree-lined drive, has remained little changed since Finley’s death in 1924.