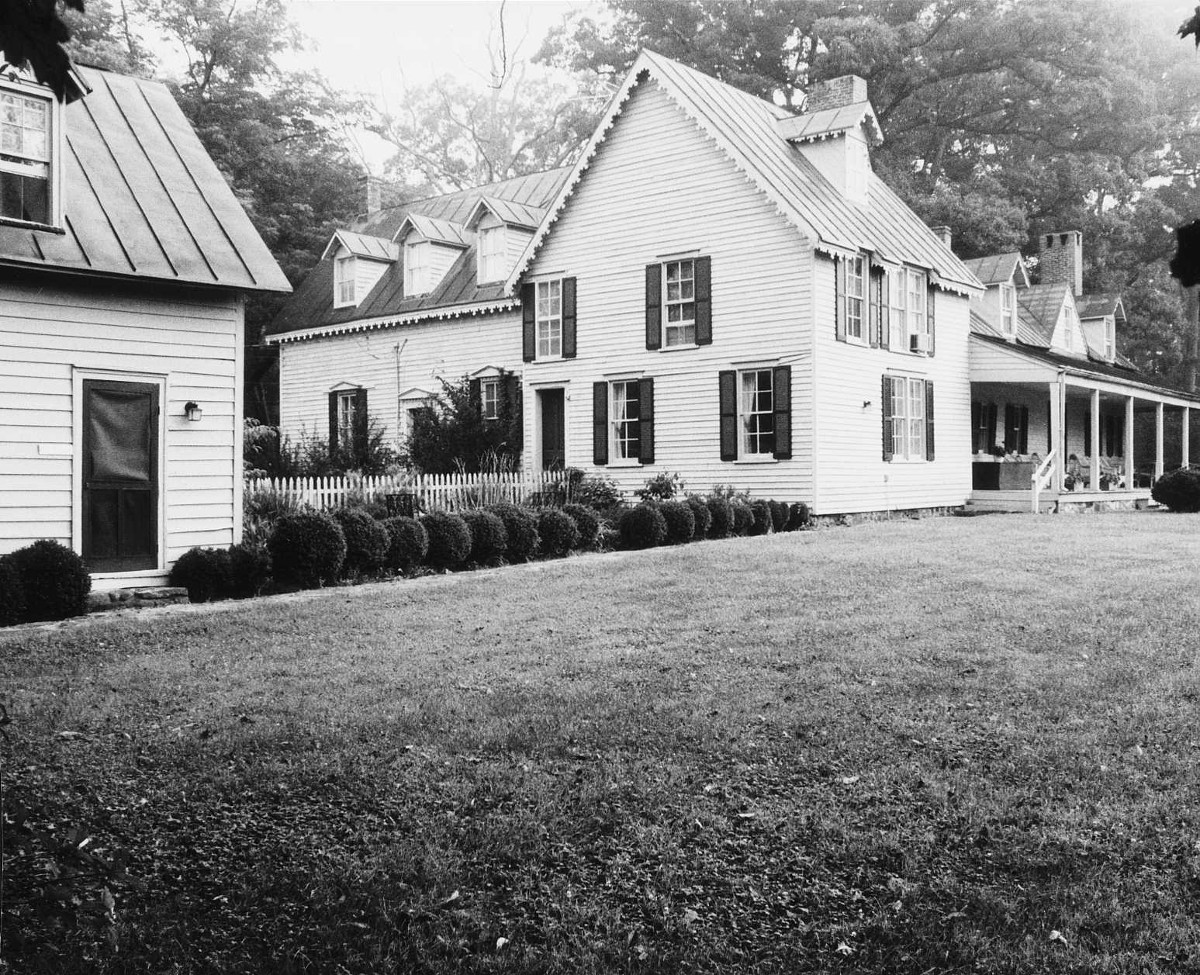 An instructive amalgamation of farm buildings, Weston was originally the residence of the Fitzhugh family. The rambling house began as a log cottage probably built for Thomas Fitzhugh around 1810. The property was purchased from the Fitzhughs by Charles Joseph Nourse in 1859. Nourse, who was reared in Georgetown, D. C., named the farm Weston in commemoration of his ancestral home Weston Hall in England. Under Nourse the house grew by steady accretion. Changes and additions made in 1860, 1870, and 1893 resulted in an L-shaped structure with Carpenter Gothic detailing. Following Nourse’s death in 1906, his widow, Annie, operated a school and summer camp at Weston. During World War II the Nourse daughters maintained Weston as a hospitality center for servicemen, serving some 11,000 meals by the end of the war. Weston and its important collection of outbuildings is now a farm museum owned by the Warrenton Antiquarian Society.