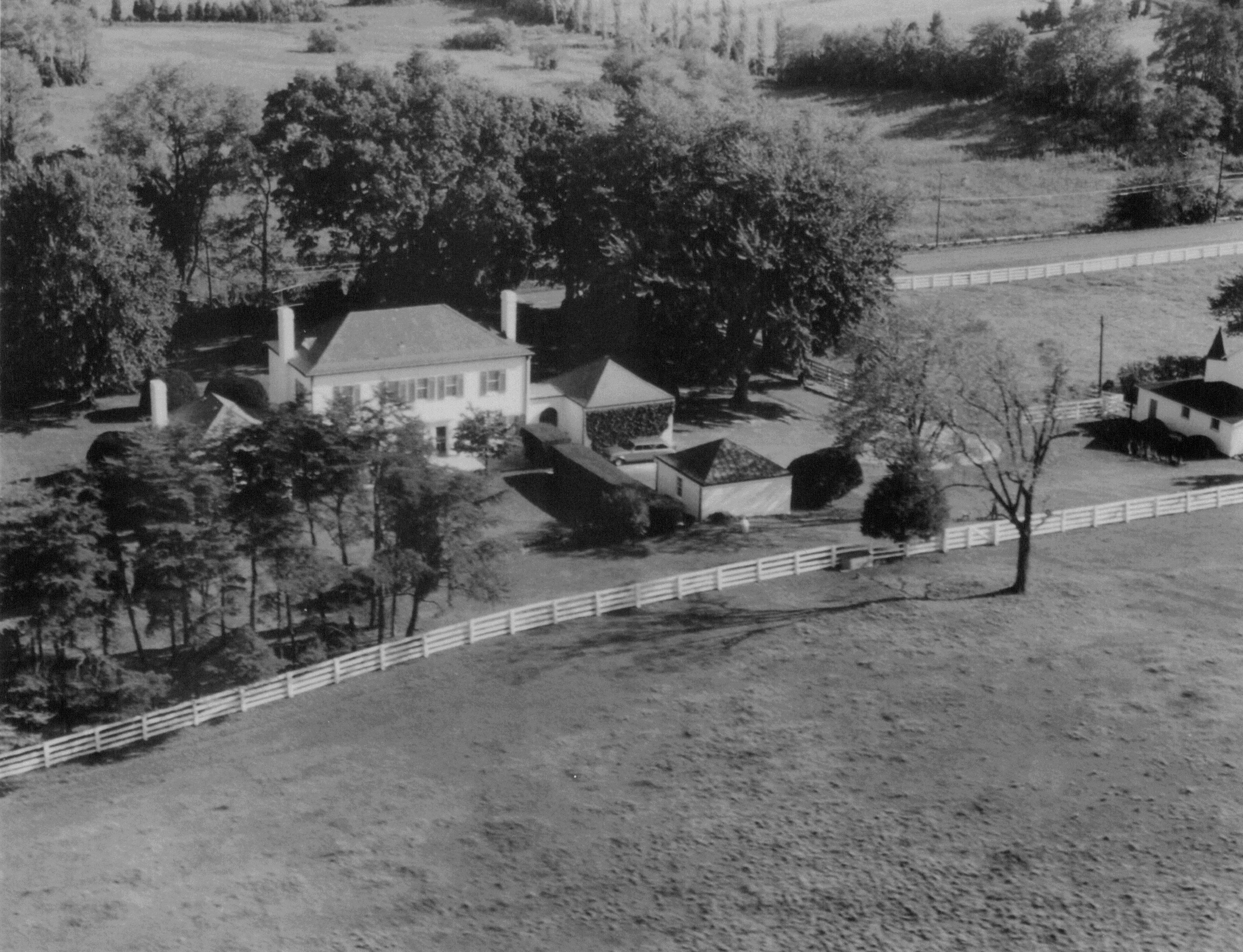 Dakota is a Colonial Revival two-story house built in 1928 to a design by architect William Lawrence Bottomley, located just outside the town limits of Warrenton. Apparently erected on the foundations of a 19th-century residence, Dakota has an American-bond brick facing, painted white, over a masonry block core, a slate-shingled hip roof, a symmetrical five-bay façade, and a centered entry with a classical surround. A one-story bedroom wing was added to the east end in 1947–48, balanced by a garage addition on the west end, both designed by Suzanne W. McKown. The interior is arranged around an entry/stair hall and features a living room with paneled walls and a Federal Revival mantel. The rehabilitation of the house in 2004-05 resulted in the addition of a pergola on the rear elevation and the enclosure of a formerly open-air hyphen, but otherwise the house is little changed from its historic appearance. An original 1928 brick garage is situated behind the house and to the southwest stands a circa-1900 stable, a Queen Anne frame building with unusual corner dovecote turrets.