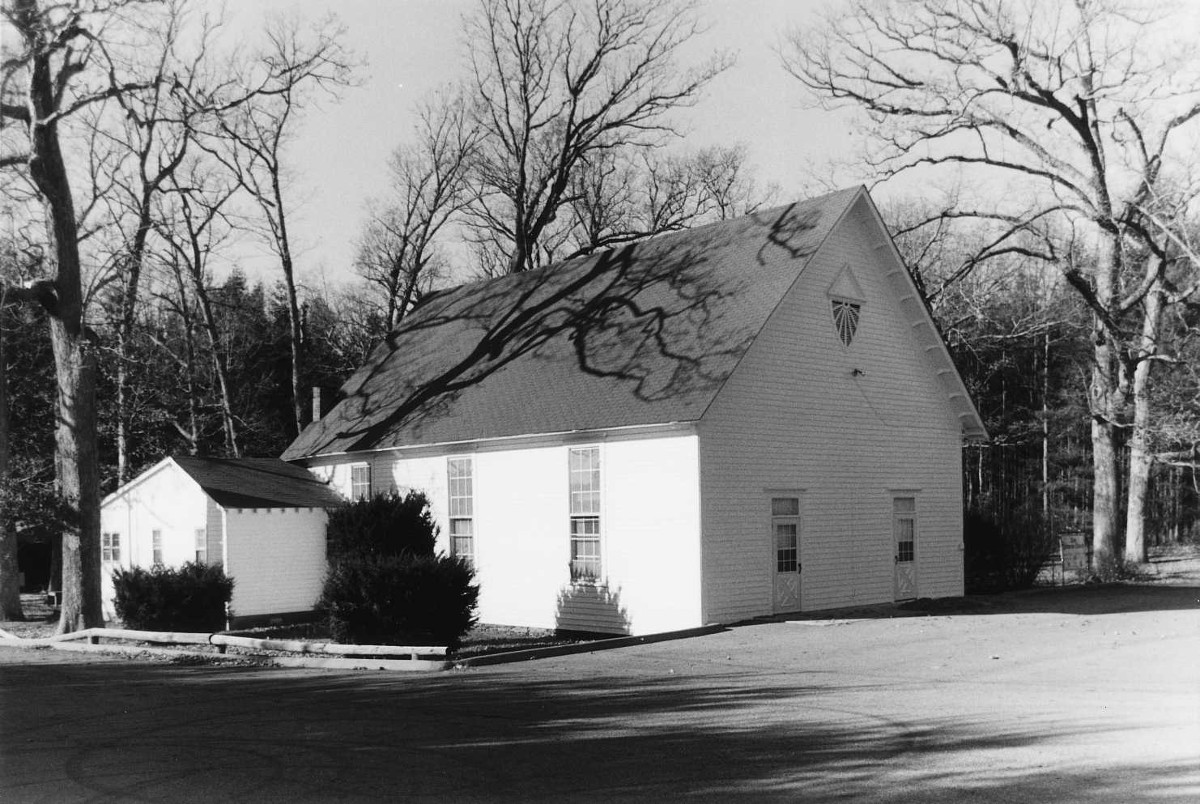 Floyd County’s Zion Lutheran Church is a landmark to the religious history of Southwest Virginia and to the enduring cultural traditions of German pioneers who moved into the region at the end of the 18th century. Formed in 1813 to minister to the settlers north of the town of Floyd, the Zion congregation occupied three successive buildings before the present structure was erected in 1898. The pews of the present church were saved from the 1861 third meeting house. A large cemetery to the rear of the building holds a rich collection of 19th-century funerary art, including a number of distinctive German-style markers carved by local artisans. The German stones have rectangular-shouldered bodies with rounded or pointed heads. Some of the late 19th-century German stones are conical. The oldest inscribed stone in the group is dated 1817.