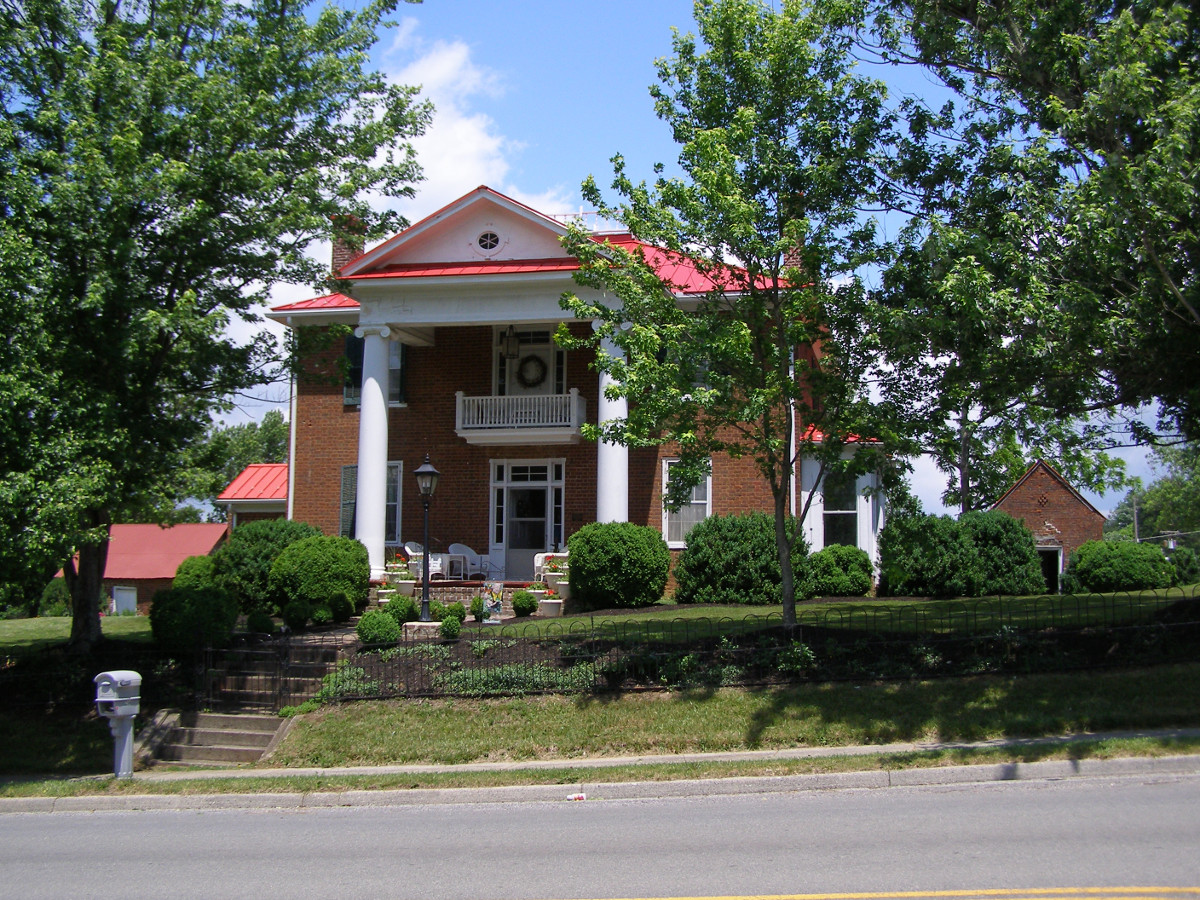 Located on a prominent elevation on Main Street in the courthouse town of Floyd, this imposing 1849 Greek Revival house was built for Tazewell Headen by Henry Dillon, a master craftsman from Ireland. Headen’s son-in-law, commonwealth’s attorney and newspaper editor Henry Lane, later inherited the property and took up residence there. After Lane’s death during the Civil War, Dr. John Stuart, the brother of Confederate General J. E. B Stuart, rented the house. In keeping with the style of the house, the monumental single-tier, two-story pedimented Ionic portico and small second-floor balcony were added in the early 20th century by the widow of Thomas Howard, a Civil War surgeon who purchased the house in 1870. Surviving dependencies from the antebellum period include a kitchen, smokehouse, and dairy.