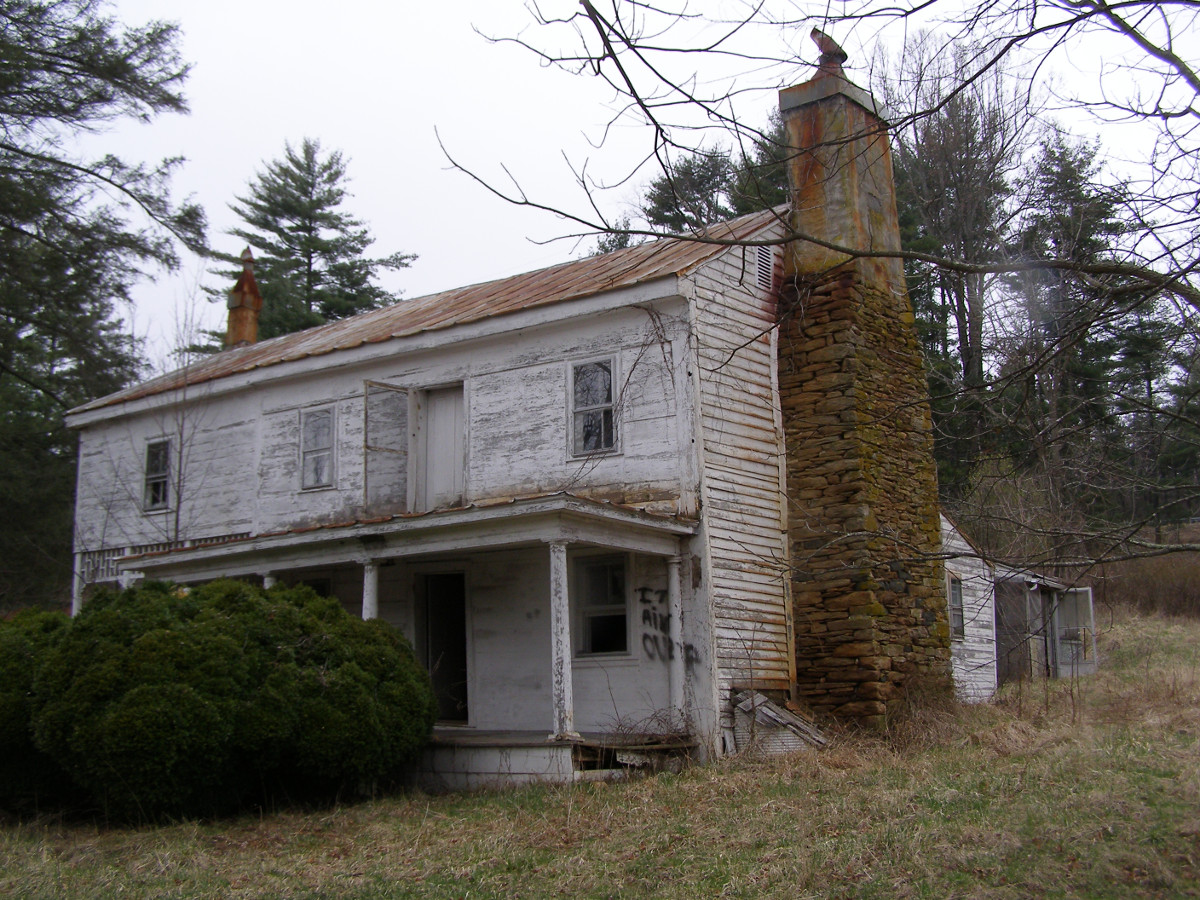 Phlegar House is associated with German settlement around 1800 in what would become Floyd County. George Phlegar probably built the original log portion of the two-story weatherboarded house in about 1816, as indicated by a date stone at the top of the east chimney. Originally constructed as a two-story, hall-parlor-plan, log dwelling, the house received Greek Revival improvements in the mid-19th century, followed by a frame addition constructed shortly after 1900. The house and surrounding farmland remained in Phlegar family possession until 1993, when the farm was acquired for development as the Floyd Regional Commerce Center.