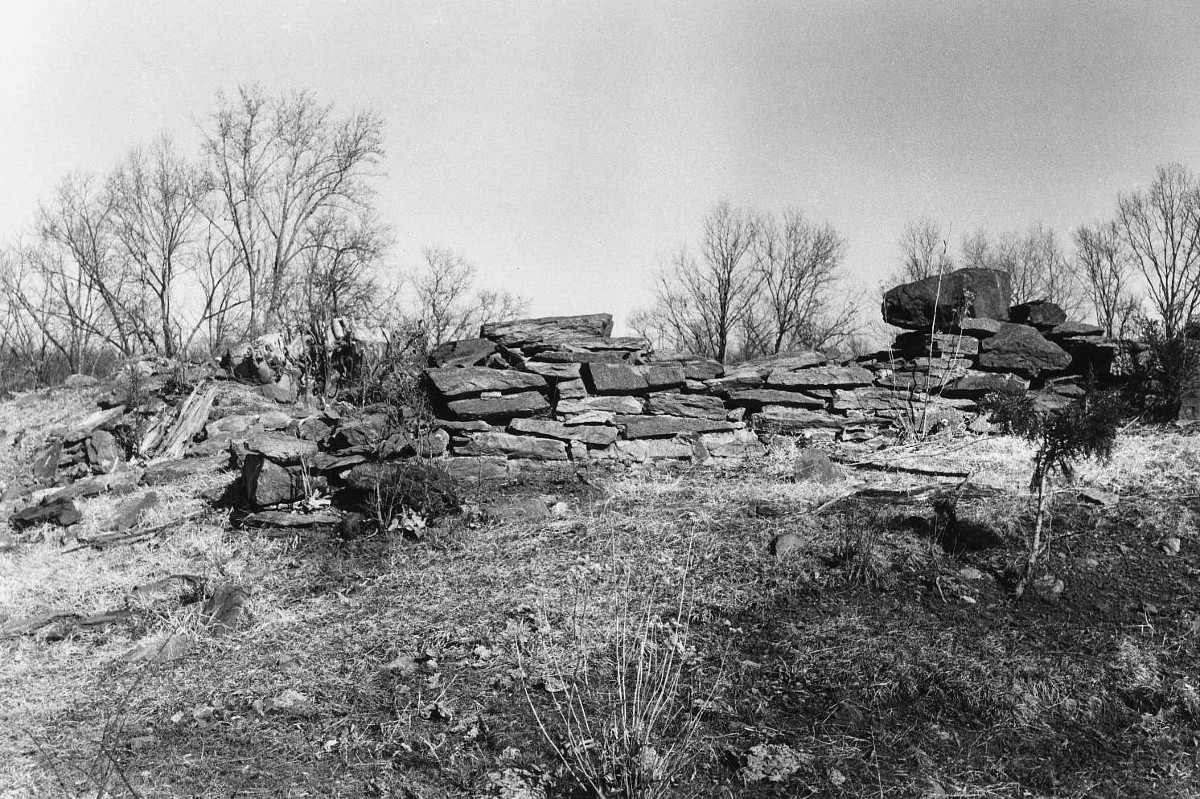 One of the nation’s few 18th-century arsenals, Point of Fork was established at this strategic point in Fluvanna County during the Revolution. It was raided on June 5, 1781, by Col. John Graves Simcoe, commander of the Queen’s Rangers, in a move coinciding with Tarleton’s raid on the Virginia legislature at Charlottesville. Simcoe’s men destroyed the buildings and burned the supplies, leaving only the stone foundations. New buildings were erected near the site after the war, and Point of Fork was operated as a state arsenal until 1801 when it was abandoned in favor of the more centrally located arms manufactory in Richmond. During its brief period of service, Point of Fork was used for the manufacture and repair of arms and equipment and supplied material to combat the Whiskey Rebellion and to aid the Fallen Timbers campaign.