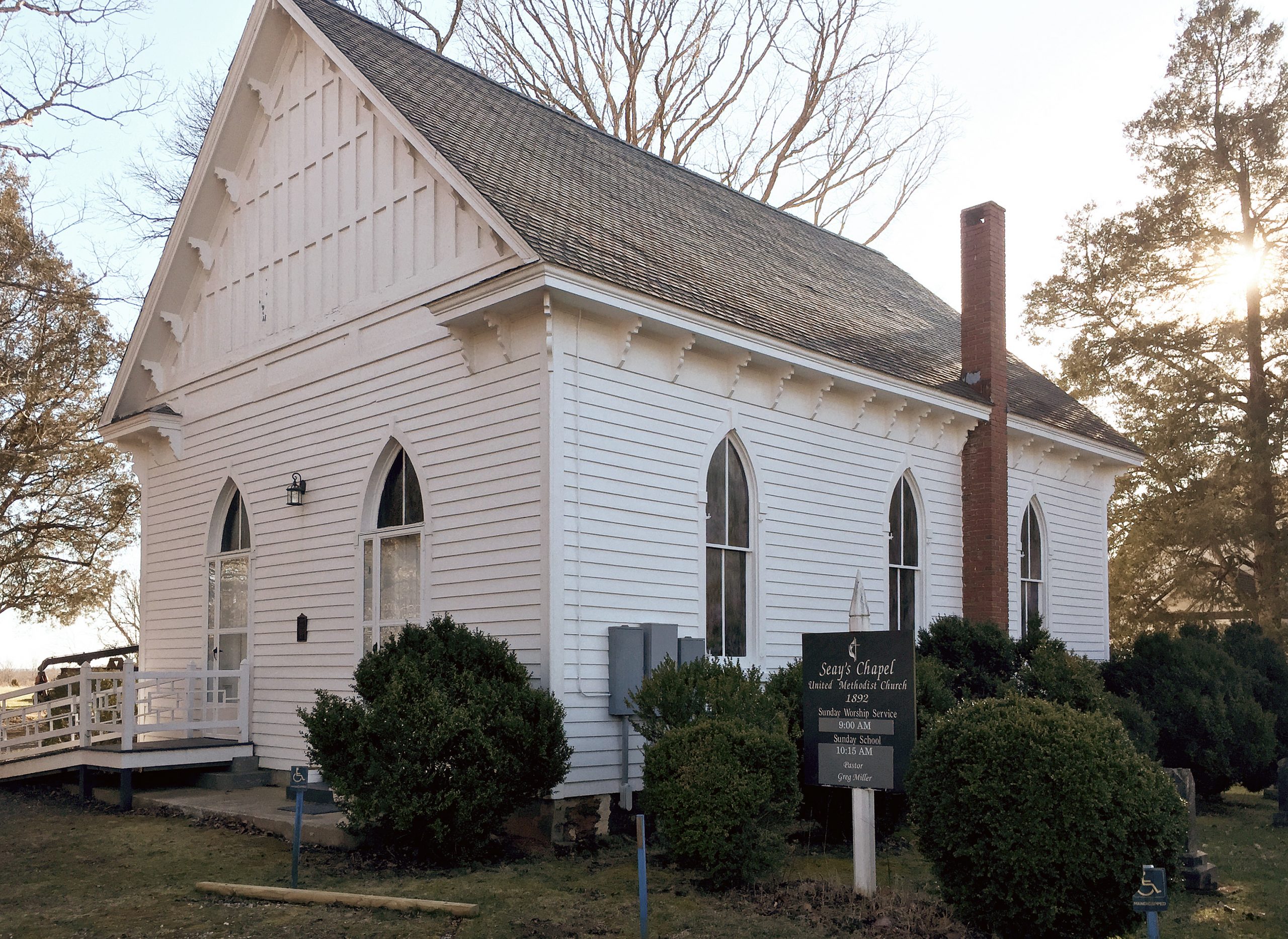 Seay’s Chapel Methodist Church is an architecturally significant example of an unaltered late-19th-century small frame chapel with Gothic Revival and Carpenter Gothic influences. Such small frame churches were once common in rural Virginia communities serving as a focal point of a community. Of such buildings that remain standing, many are shuttered, having closed when congregations became too small to support the church. Even fewer such church buildings remain unaltered from their original form because as religious congregations grew so grew the need for additional worship and fellowship space often as an attached addition. Seay’s Chapel is a rare example of an architecturally significant small frame chapel that remains structurally unaltered while continuing to serve the same small rural community as it has since 1893. At the time of its listing in the registers in 2012, the church was still an active place of worship.