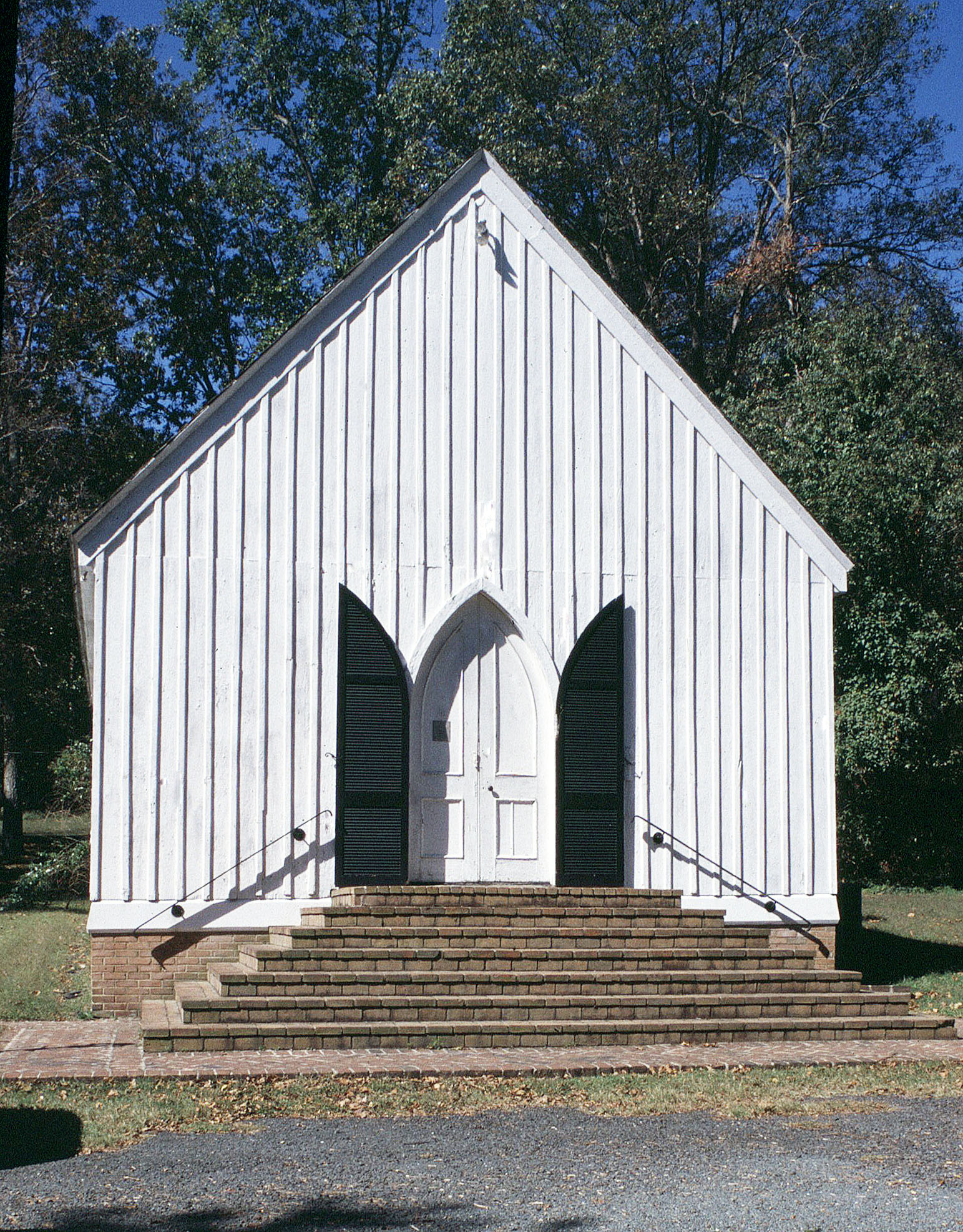 This simple Gothic Revival structure was constructed in 1835 as a chapel for the African Americans at Bremo, the plantation of John Hartwell Cocke. It is the state’s only known slave chapel and represents Cocke’s deep concern for the religious and moral edification of slaves. He had his slaves taught to read and decided that it was his Christian duty to provide them with religious instruction. Cocke was determined that his slaves should have their own house of worship and thus had the board-and-batten structure built on what became know as Chapel Field. Cocke and his wife Louisa frequently conducted services themselves. The chapel fell into disuse after the Civil War. In 1884 it was moved to the village of Bremo Bluff to serve the local Episcopal parish. It remained a church until 1924 when converted to a parish hall for the present Grace Church.