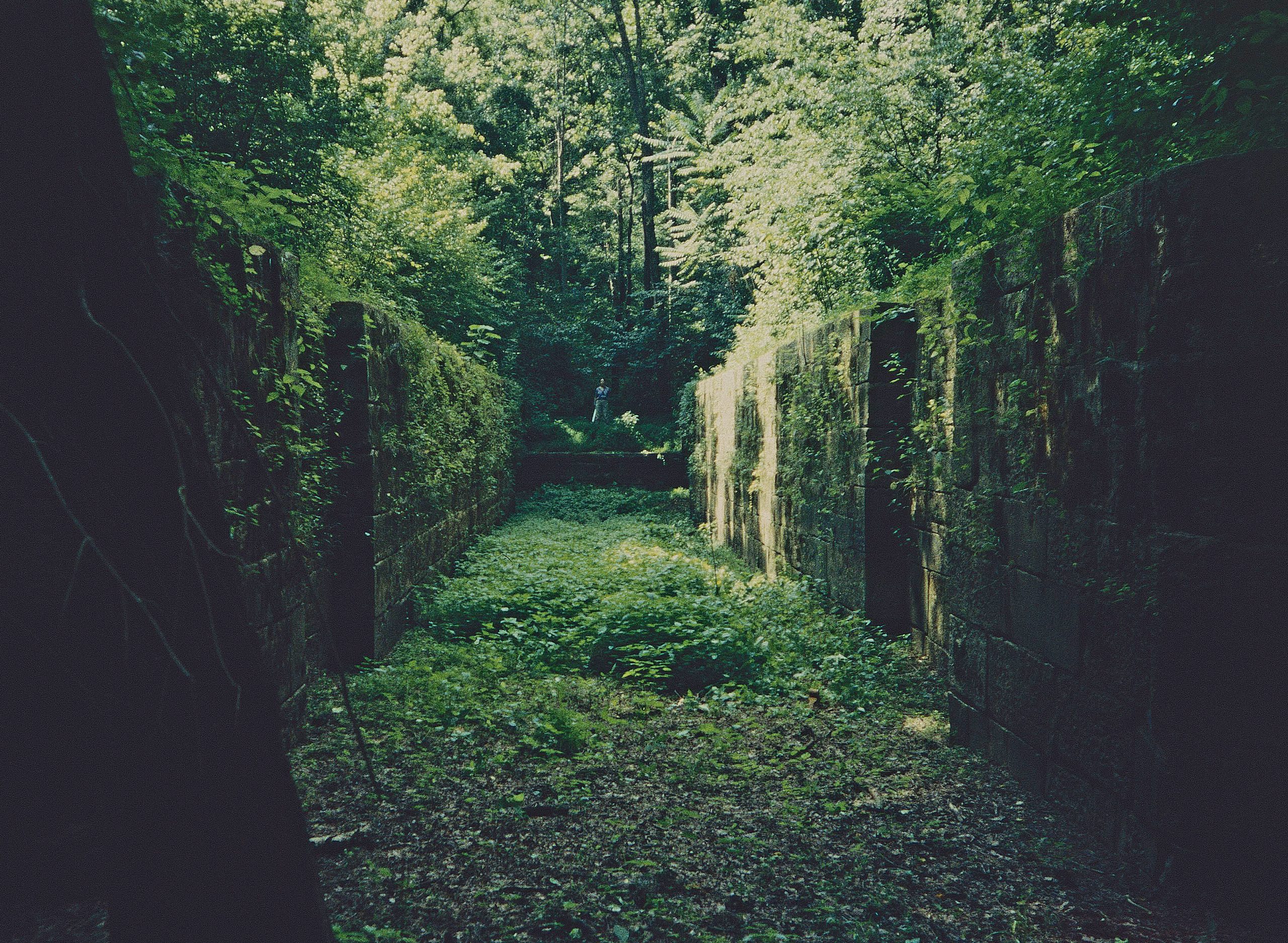 Union Mills Canal Outlet Locks #1 & #2 were constructed between 1850-1854 as part of the Rivanna River canal system that ran from Charlottesville in Albemarle County through Fluvanna County to Columbia, where it connected with the James River and Kanawha Canal. The up-river lock (#1) is exposed, but the down-river lock (#2) is filled with silt. The locks were built of finely finished, hammer-dressed blocks of granite varying in size and thickness. Cast-iron hardware and masonry silt aprons remain on lock #1, as do niches that once held hinged, wooden gates. The locks are exceptionally well-preserved examples of 19th-century architectural and engineering techniques. They are visual reminders of the modifications made to the region’s inland waterways and of the development of regional transportation systems that formed the foundations for American economic expansion during the 19th century.