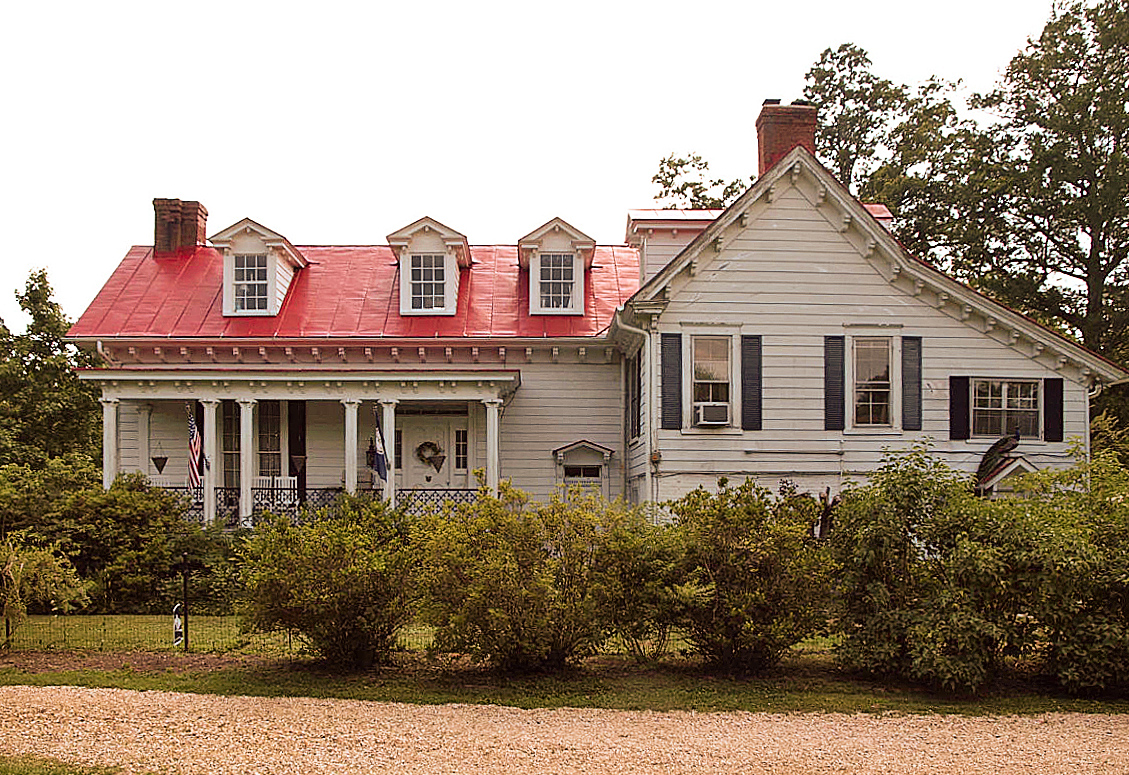 Kenwood, in Gloucester County, began in the early 1800s as a simplified Federal-style house. It is located near the “Greate Road” (today’s U.S. Route 17), a corridor of increasing economic activity in the county during the Antebellum period. By 1860, owner John R. Cary had expanded the original house into an elegant mid-19th-century Italianate-trimmed residence that featured expanded entertaining space, and formal entrances and porches. The house preserves the design and workmanship of enslaved African American craftsmen who manufactured and installed brick for the walls and wood elements such as doors, brackets, railings, stairs, and interior trim. Archaeological remains on the property include a brick kiln and clay extraction area and the site where a large barn once stood. At the time of its listing, Kenwood’s house sat on a secluded, tree-edged lot surrounded by agricultural fields that continued to evoke its agricultural past.