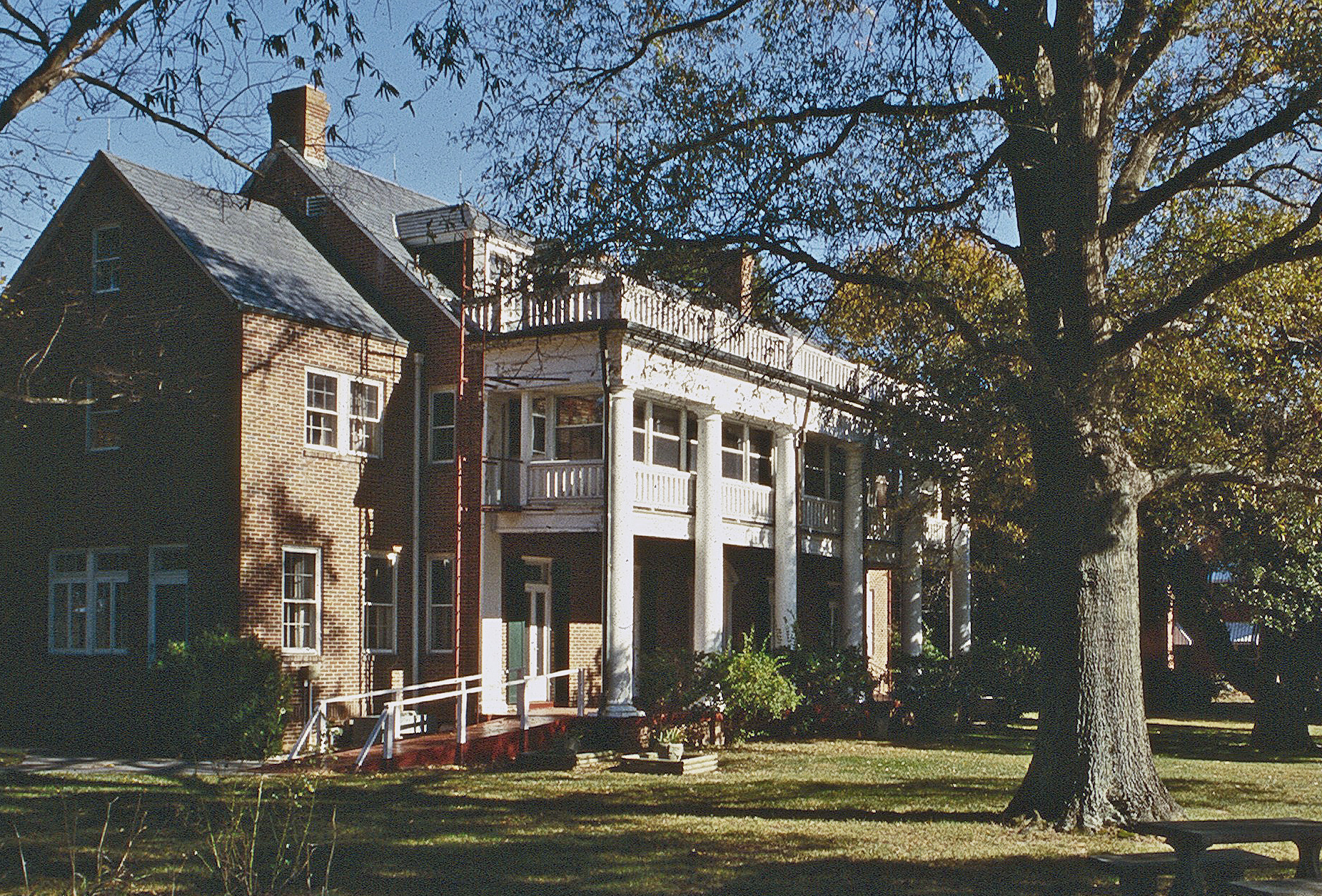 Holly Knoll was the retirement home of Robert Russa Moton (1867-1940). The son of emancipated enslaved African Americans, Moton rose to the position of director of military programs at his alma mater, Hampton Institute. In 1915, he succeeded Booker T. Washington as principal of the Tuskegee Institute. He served as an adviser to five U. S. presidents and also sponsored research leading to the establishment of federal centers for agricultural development and the prevention of communicable diseases. He was the keynote speaker at the dedication of the Lincoln Memorial in 1922 and wrote two internationally published books: Finding a Way Out and What the Negro Thinks. Built in 1935, his porticoed Georgian Revival house on the banks of the York River later became a site for important conferences on civil rights, education, and international relations. It is now the centerpiece of the privately owned Moton Conference Center.