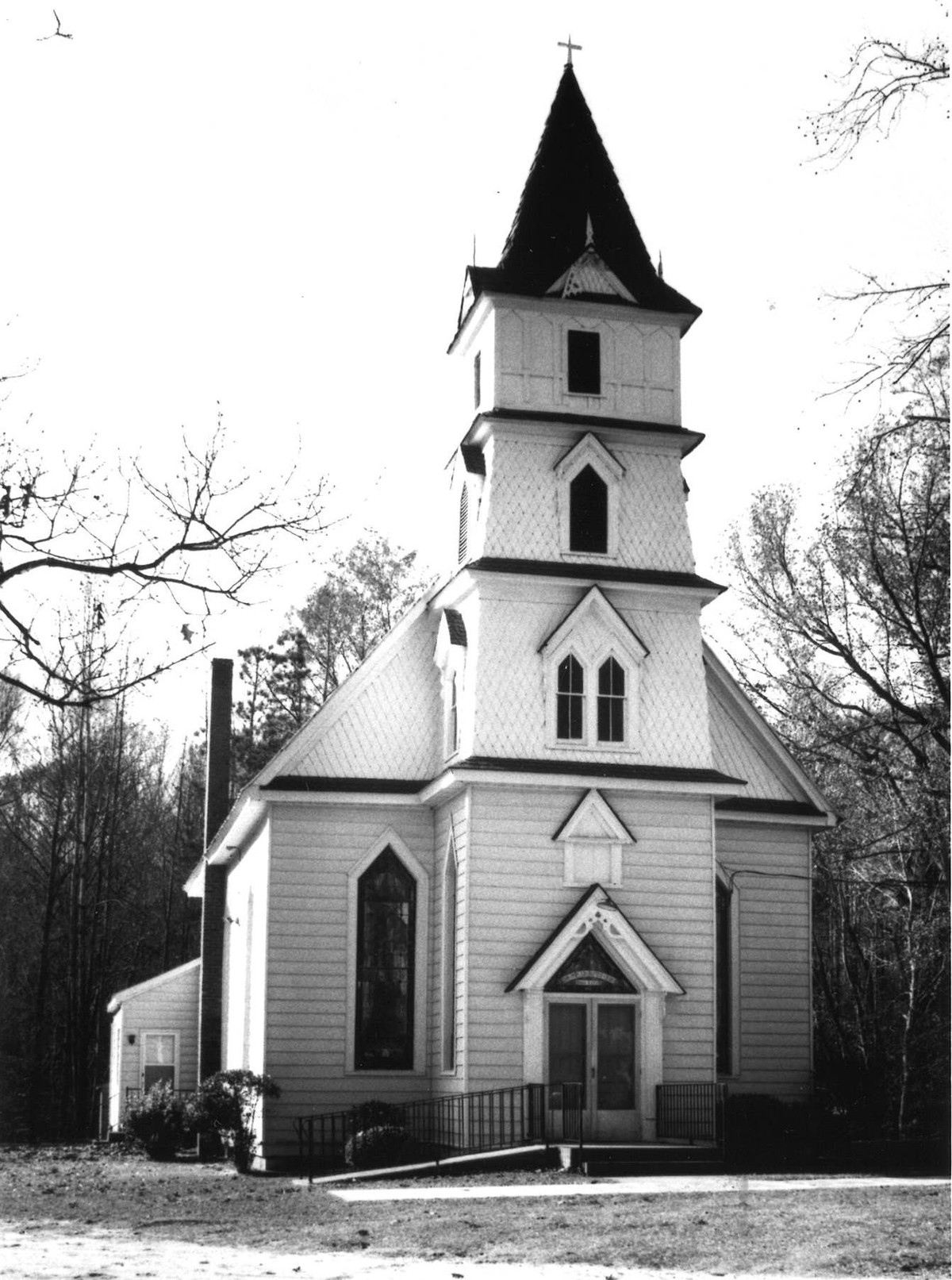 Zion Poplars Baptist Church was named for a grove of seven poplars, four of which remain on the church grounds, joined at one base. An African American community used the poplars as a “brush arbor,” a hidden place, for religious worship before the construction of the church. The church, built in 1894, is a Victorian building with classical references in its interior trim. Much of the striking interior, including the sanctuary, was hand carved by Frank Braxton, a former slave. Despite a later addition, the church still retains a high degree of integrity and exhibits outstanding craftsmanship.