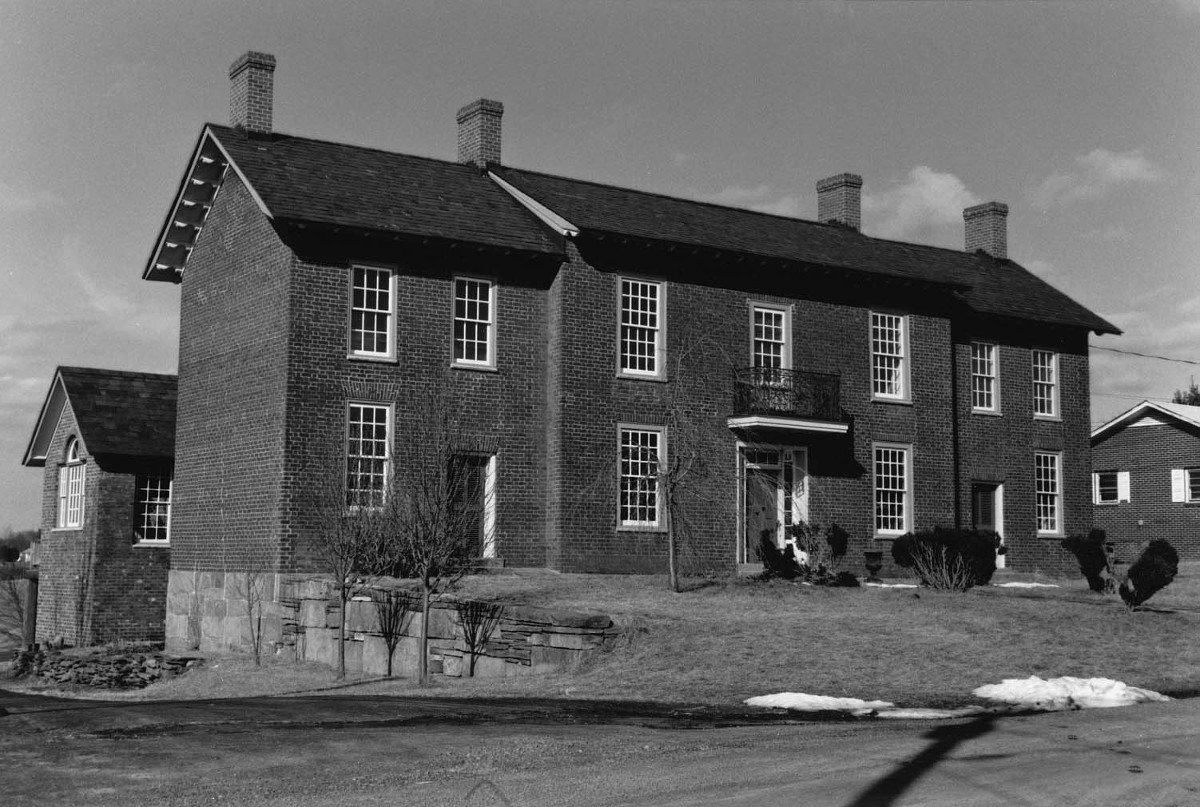 Grayson County’s seat was established at this site in Old Town, near Galax, in 1799. The second courthouse, a log structure, was built soon after. The diminutive clerk’s office was erected in 1810. In 1833 the county commissioned James Toncray to built a brick courthouse. Toncray, a leading builder of courthouses in Southwest Virginia, constructed Wythe County’s courthouse in 1818 (demolished) and Scott County’s courthouse in 1829. He built courthouses for Montgomery and Floyd counties (both demolished) at the same time he was working on the Grayson County structure. Toncray employed a tripartite composition, using two-story wings, for each of his courthouses. The building became a private residence after the county seat was moved to Independence. It later was used as a hotel and eventually for a barn. Both it and the clerk’s office were privately restored in 1988.