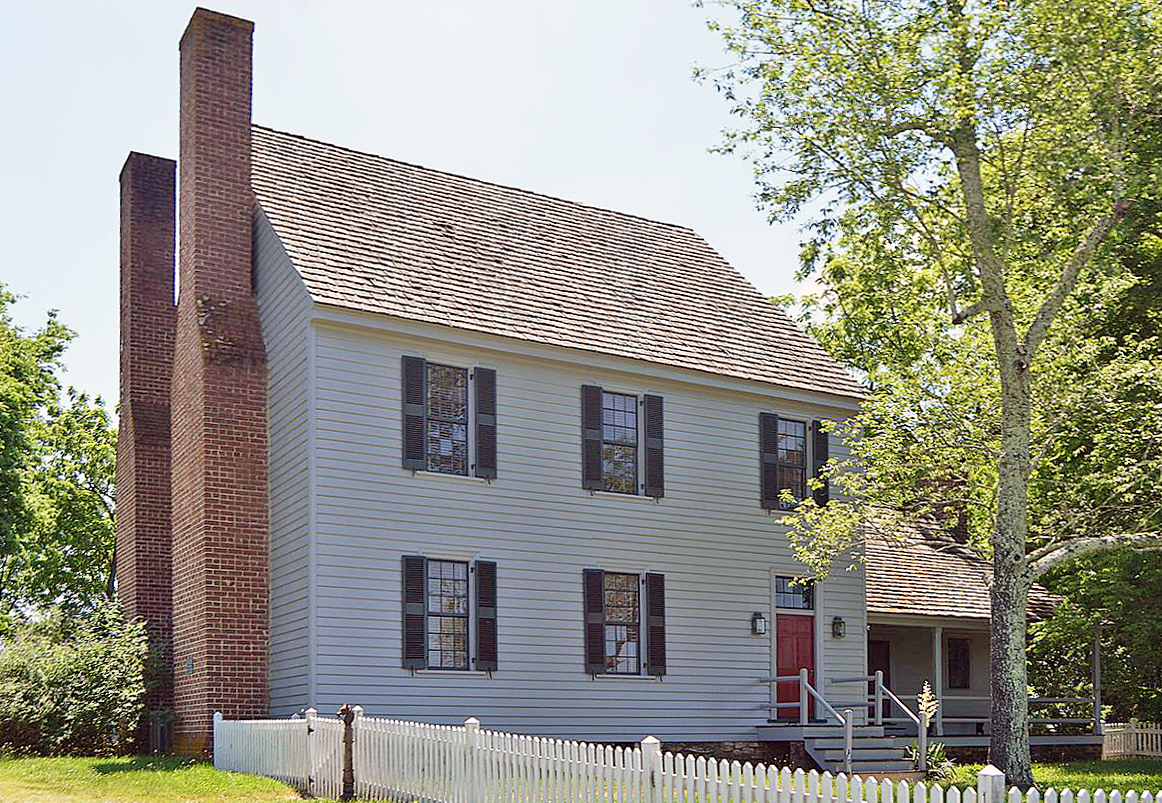 Carter’s Tavern, on Halifax County’s historic River Road, is a handsomely preserved example of an early southern Virginia ordinary. With most of its original interior fabric intact, the capacious frame building provides a rare picture of the arrangement of a once common Virginia institution. Of particular significance here is the great quantity of original graining and marbleizing on the woodwork, most of which is unusually ornate. Licenses issued in 1802 and 1804 indicate that Joseph Dodson, Jr., operated an ordinary here in what was also his residence. The place was acquired in 1807 by Samuel Carter, who enlarged the building by adding the two-story main section. Carter managed the tavern until his death in 1836. The building stood derelict for many years until 1972 when Mr. and Mrs. Robert H. Edmunds acquired the building and restored it prior to its listing in the registers.