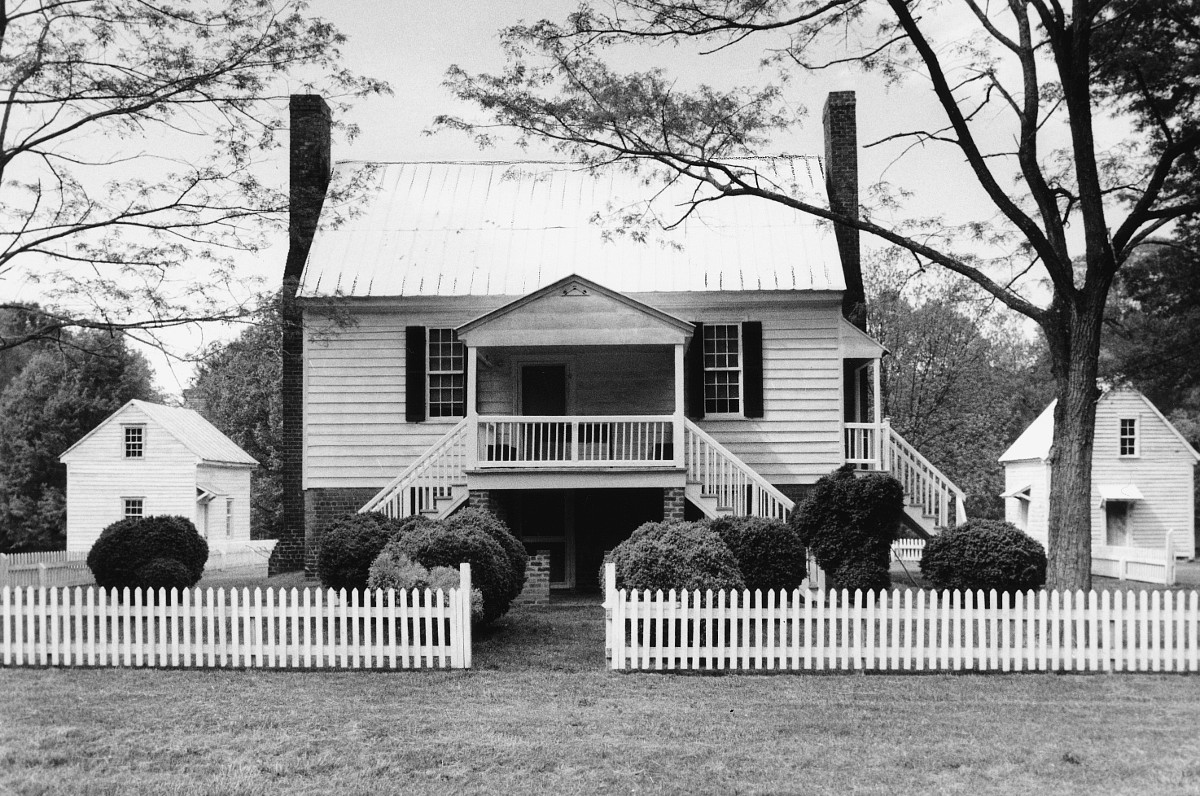 In the early 19th century numerous small plantations growing tobacco as the principal cash crop were established in south central Virginia. Each plantation was normally served by an unpretentious frame dwelling house surrounded by a cluster of outbuildings. The design and layout of these complexes was completely utilitarian, the buildings having little or no reference to current architectural fashions. Such modest regional units are exemplified by the Little Plantation, established in 1830 by Daniel Fourqurean and consisting of a compact vernacular dwelling where the only elegance is a marbleized stair. Its original outbuildings include a stone kitchen and a log office. In an effort to restore a picture of the area’s early rural lifestyle, a recent owner has added early outbuildings, salvaged from nearby farms, to replace missing ones.