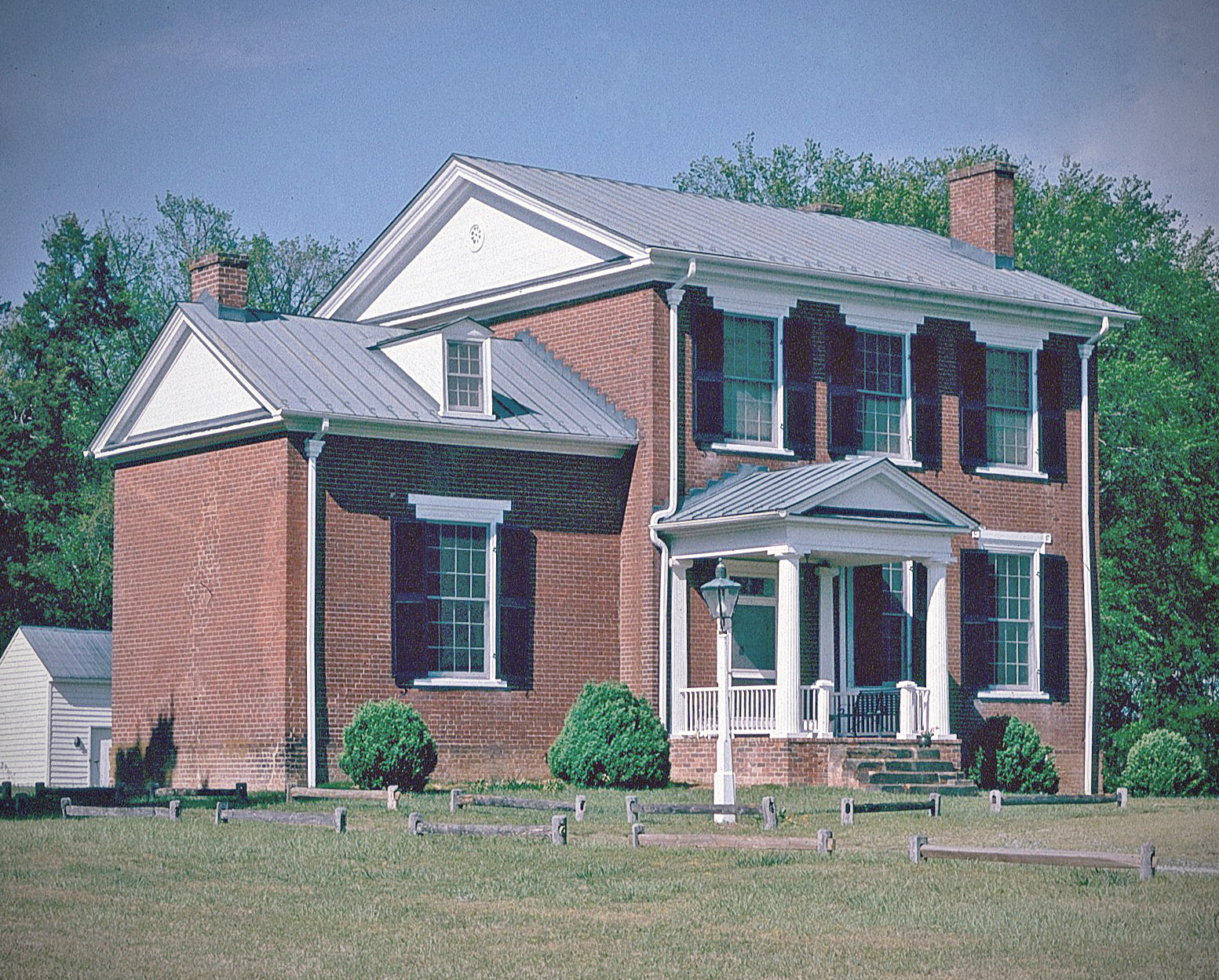 Glennmary is a work by the builder Dabney Cosby, Sr., who assisted with the original Jeffersonian buildings at the University of Virginia. Leaving Charlottesville, Cosby continued to design and build throughout southern Virginia. As noted in his account book, Glennmary was begun in 1837 for Archibald Glenn, son of a Halifax merchant. Although a plantation dwelling, its three-bay, side-hall-plan format is more commonly seen in urban housing. Typical of Cosby’s works, Glennmary employs brickwork of the highest quality. By the time it was built, Cosby had veered from the purely Roman Classicism favored by Thomas Jefferson and was using Greek elements. The mantels are based on Grecian designs published by Asher Benjamin in The Practical House Carpenter (1830). Glennmary stood neglected for many years but was restored in the 1980s.