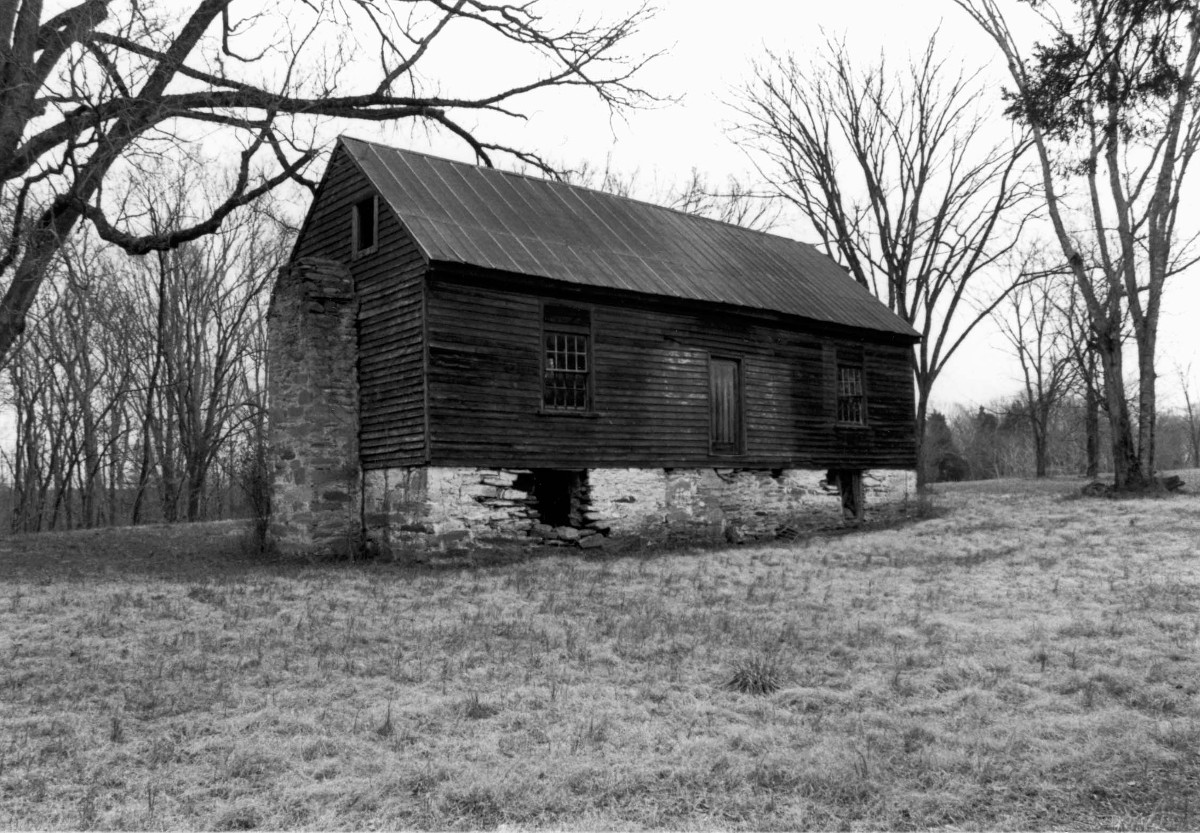 Situated on a finger of land in a horseshoe bend on the Halifax County side of the Staunton River, The Cove reveals the history of this region from Indian habitation through the rise and fall of the plantation economy. The property contains archaeological evidence of a late prehistoric and an early historic village that was likely associated with the Saponi Tribe. In 1740, Richard Randolph received a land grant from King George II for 500 acres, and the name “Cove” first appears in a 1764 deed. By 1768, William Sims, a county surveyor and vestryman, owned the property, started a tobacco plantation, and built, circa 1773, a vernacular plantation house; the one-room, one-and-one-half-story dwelling is representative of early domestic architecture in the Piedmont, even at the upper end of the social order. In 1843, the plantation was sold to John Coleman, who owned three estates totaling nearly 4,000 acres. The Sims and Coleman families, intertwined by marriage, were associated with The Cove for almost 200 years and were among the largest planters and slave owners in Halifax County. Today, the remaining 1,123 acres of The Cove, also encompassing tobacco barns, the remnants of slave quarters, and tenant houses, is owned by the Ward Burton Wildlife Foundation and is under a conservation easement held by the Virginia Department of Forestry.