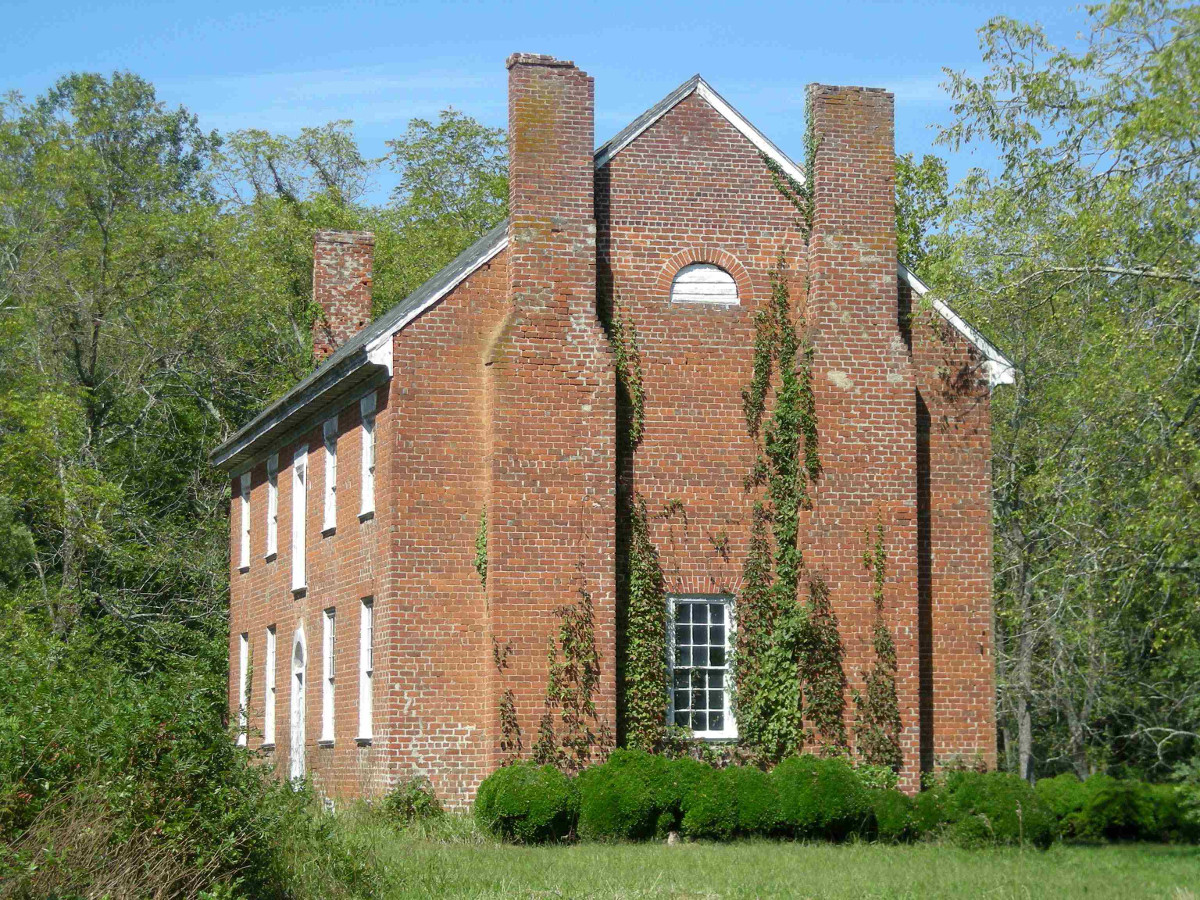 The Collins Ferry Historic District arose on the Staunton River beginning in the early 1800s when William Collins established a ferry, mill, and tavern, during an era when tobacco ruled Southside Virginia’s economy. Covering about 768 acres of forest and farmland in the northern part of the county, the district includes 18 historic buildings or sites, divided between two distinct farmsteads that were once tobacco plantations. Collins built his plantation house, known as Collins Ferry, around 1810. At the time of its listing, it was one of the county’s best-preserved Federal-style plantation homes. McHaney Hubbard built his Greek Revival-style plantation house in 1856. Additionally, the district contains tobacco barns and other agricultural buildings, two cemeteries, a quarry site, the mill and ferry sites, and the ruins of a slave quarters. In the early 20th century the ferry ceased operation.