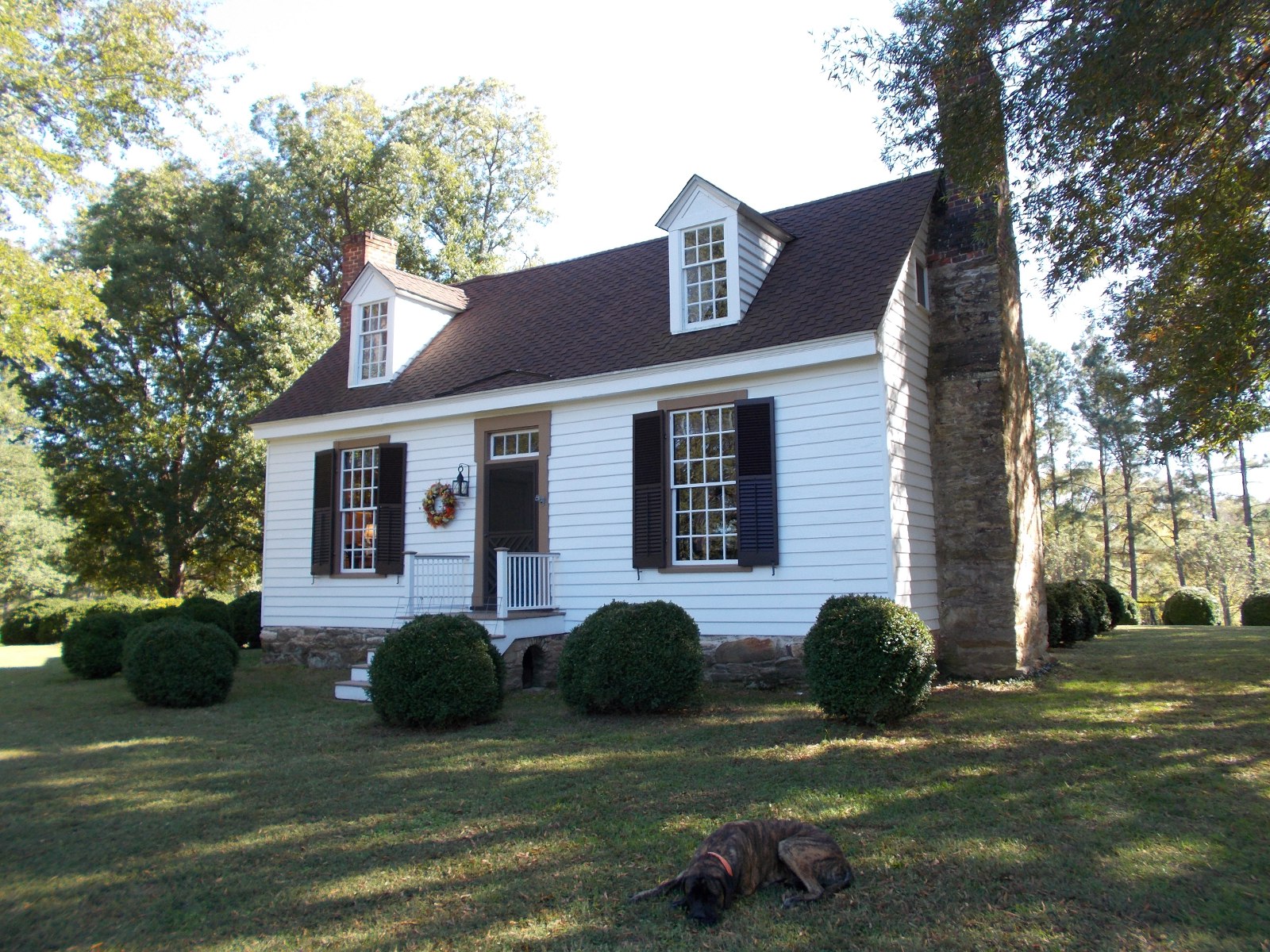 Among Halifax County’s oldest-surviving houses, Cedar Grove dates to the late 1770s, as indicated by aspects of the one story house, which may have been built for William Smith. Early features include hewn and mill-sawn framing members, wrought nails, and tarred fish-scale wooden Merchant James Warren acquired the property in the early 1800s, and by the 1830s it became the home of his daughter Sarah and her husband, planter and later mill owner Jacob Blane Sr. Federal-style remodeling dates to this period, followed by the addition of Greek and Gothic Revival architectural elements at mid-century. Jacob Blane built an office with Gothic Revival-style features that survives today in front of the house. Other historic structures on the property include log and frame farm buildings, an early smokehouse, and a cemetery. Cedar Grove remained in the Blane and inter-related families until 1945.