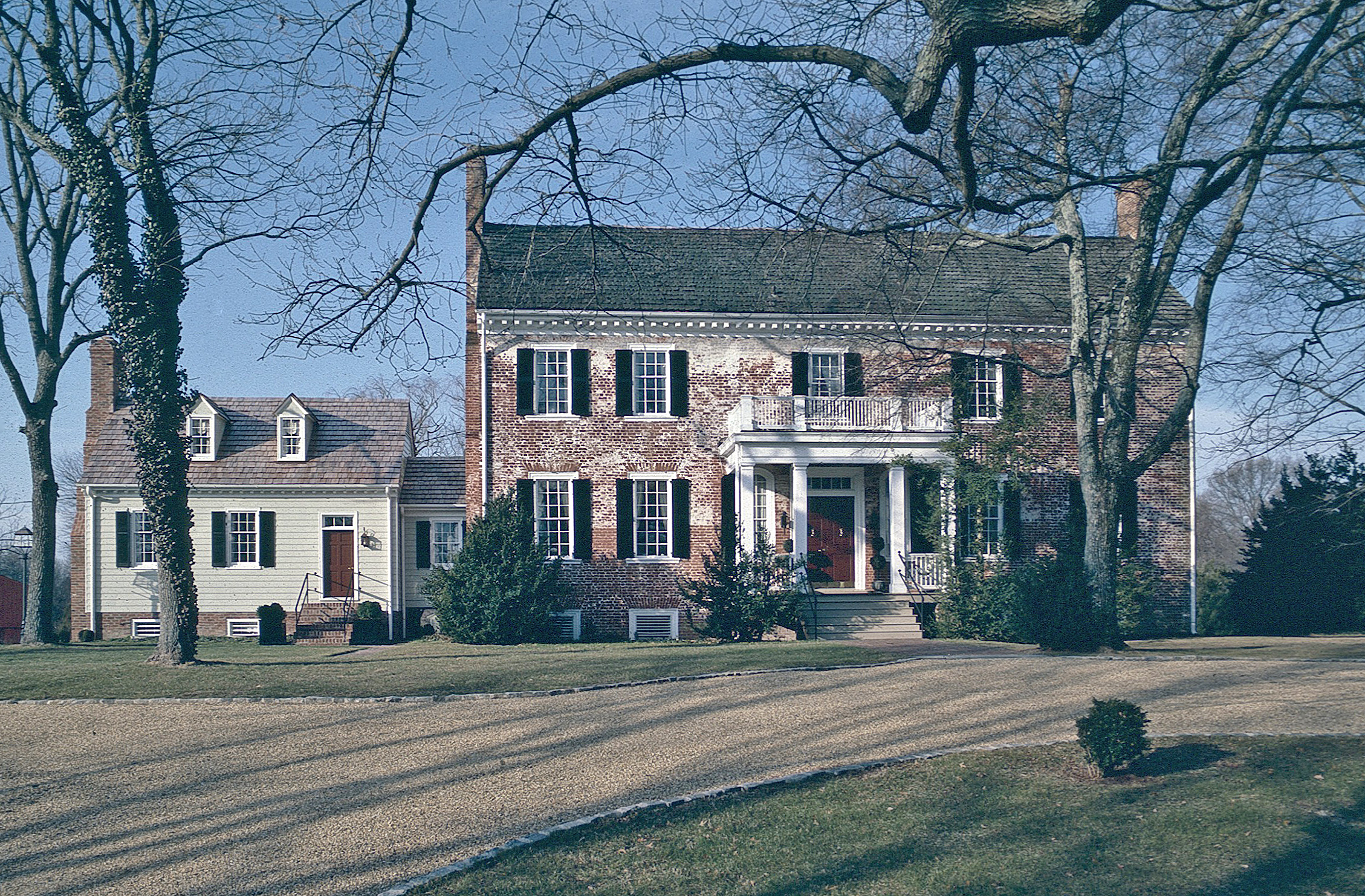 One of the grandest Federal-style houses in Hanover County, Williamsville was begun in 1794 for George William Pollard who succeeded his father as county clerk. Pollard’s precise business methods earned him the nickname “Billy Particular.” Pollard family papers document that the house was constructed by Benjamin Ellett. The handsomely proportioned structure has been little changed over the past two centuries, retaining its finely executed detailing inside and out, including mantels with Adamesque ornaments. Because the house enjoyed a commanding view from its position on one of the highest elevations in the area, it became a choice location for military operations in both 1862 and 1864. At varying times Union generals Grant, Hooker, and Meade made Williamsville their headquarters. The house escaped damage from the occupation. Williamsville was restored following its purchase in 1964 by Mr. and Mrs. Robert Woodrow Cabaniss, noted preservationists.