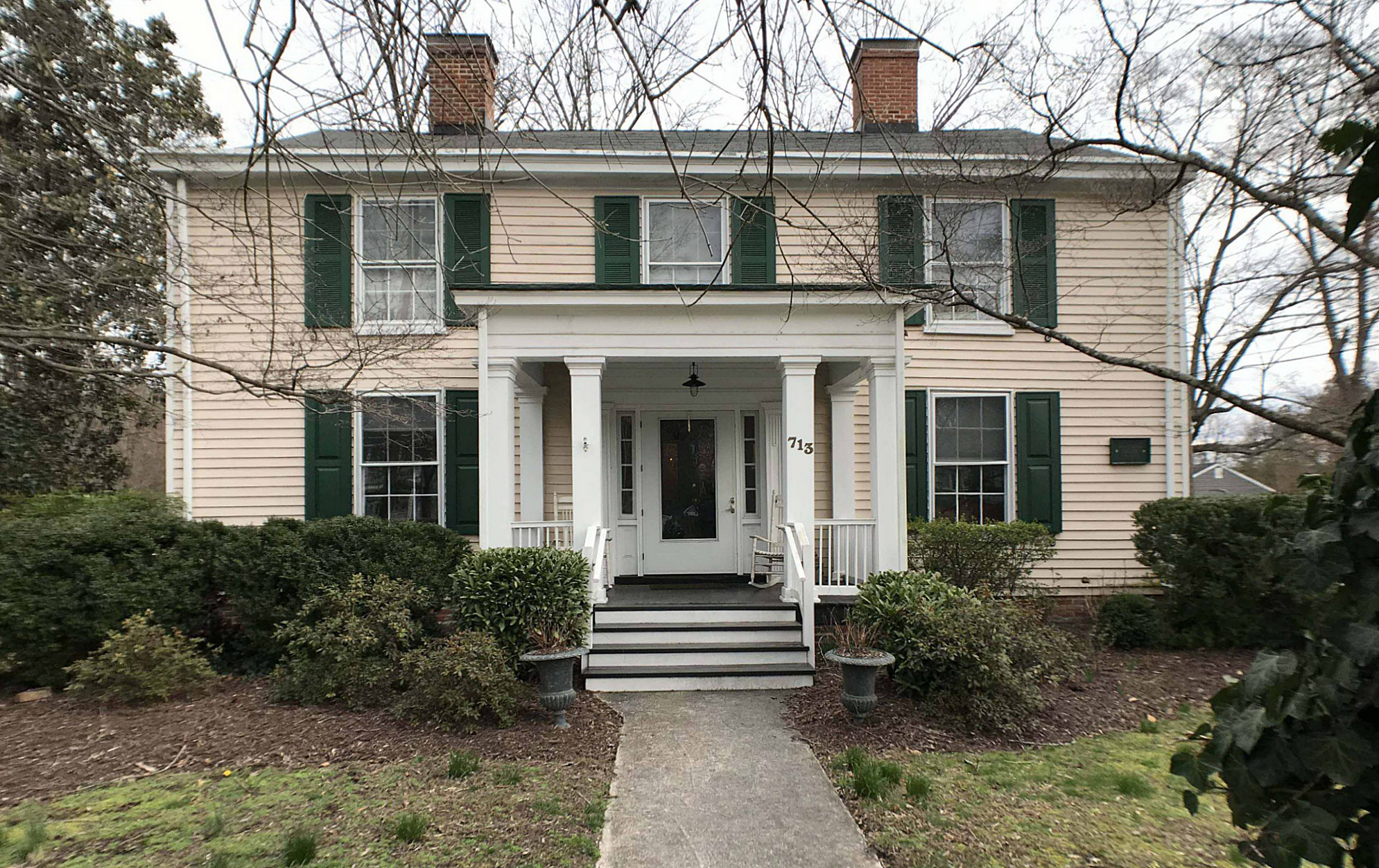 The Macmurdo House, centrally located within the Ashland Historic District, remains one of the best examples of Greek Revival architecture—and one of the least altered mid-19th-century dwellings—in the town. To serve his extended family, C.W. Macmurdo had the two-story, three-bay, frame house built on a ten-acre lot in 1858, when he was treasurer of the Richmond, Fredericksburg and Potomac Railroad Company as it developed Ashland. Among the earliest homes built in the new village, the Macmurdo House is one of the few Greek Revival residences standing in Ashland and Hanover County that was not “updated” with Italianate details after the Civil War. In 1937, the Macmurdo family sold the by-then two-thirds-of-an-acre property. The original house, along with its late-19th-century rear addition, a 1920s garage, and sensitive additions of modern mechanical systems, represents several generations of the Macmurdo family who actively developed Ashland, witnessed the Civil War at their doorstep, and transitioned to the postwar Reconstruction era and early-20th-century modernization.