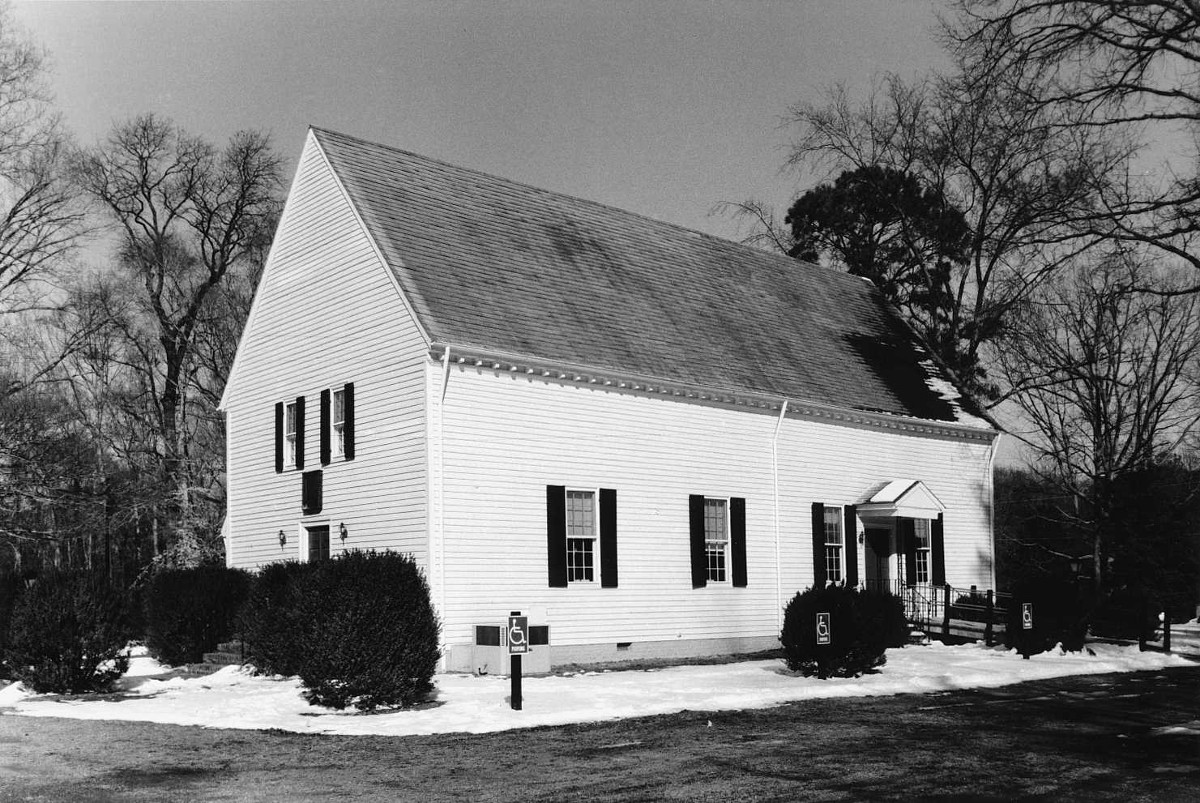 This weatherboarded structure was erected in 1729 32 by Thomas Pinchback and Edward Chambers, Jr., as the Upper Church of the Anglican St. Paul’s Parish. The building survives as the best-preserved wooden colonial church in the state, the only one to escape enlargement. Typical of up-country ecclesiastical structures, the building is a simple rectangle with a gable roof and a front and side entrance. Its roof framing employs an early king post truss system. Next to the swampy woods from whence it derives its present name, the church claims among its early worshipers Patrick Henry, Dolley Madison, and Henry Clay, all sometime residents of the area. The church fell into disuse after the disestablishment and was eventually taken over by the Methodists and the Disciples of Christ. The latter de-nomination has used the church exclusively since 1842.