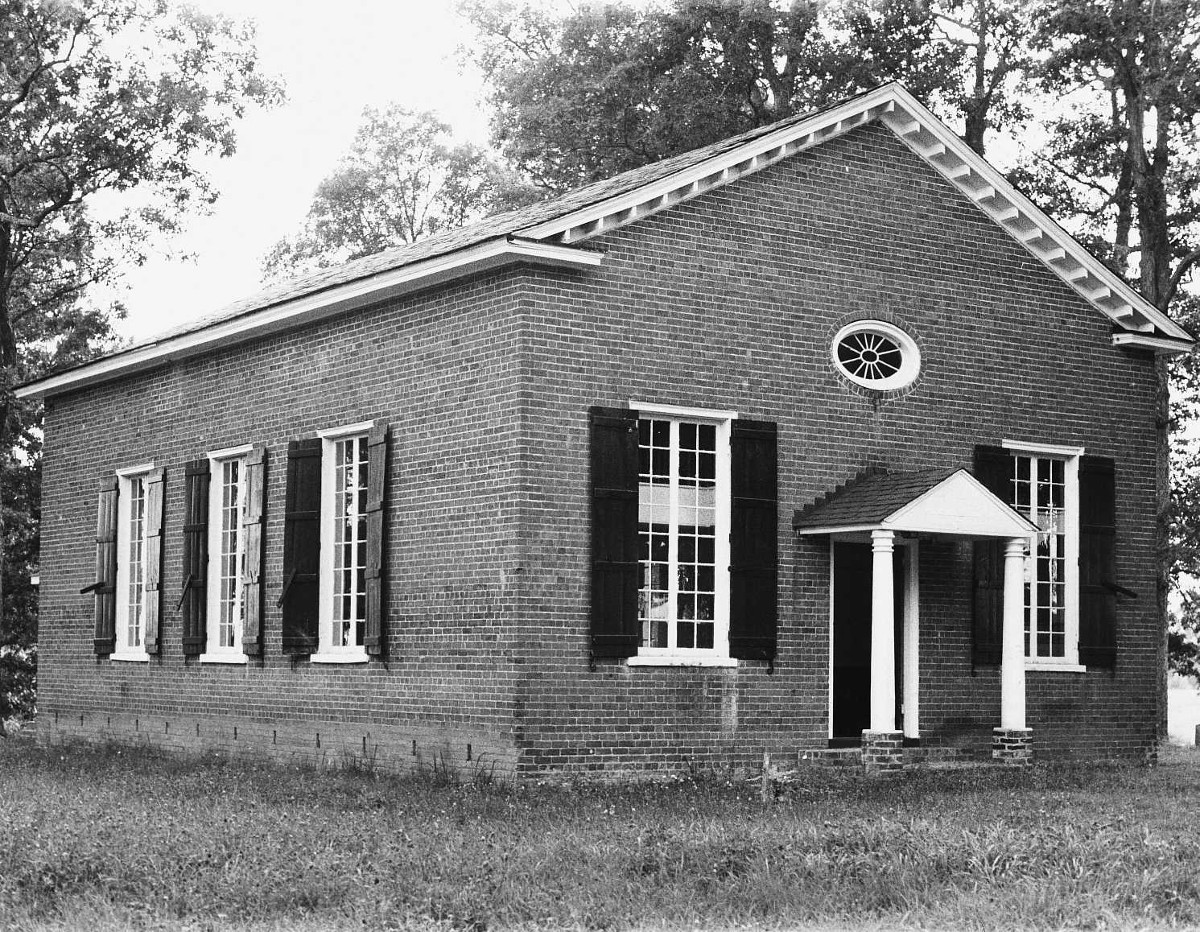 A rare example of a country Episcopal church untouched by the ecclesiological reforms of the late 19th century, Trinity Church was constructed in 1830 by William and Milton Green, local builders. Following the low-church Episcopal tradition, the interior focused on a center pulpit rather than an altar. This arrangement was given distinction here by the use of a semi-circular communion railing enclosing the curved rostrum and a curved holy table. Beyond the railing is a curved ring of communion benches. Another rare survival is a sign in the gallery which reads: “FIRST THREE PEWS ON THIS SIDE, FOR SERVANTS.” Trinity has always been a part of St. Martin’s Parish, which was formed in 1726. The congregation merged with Fork Church in the 1960s. The parish holds an annual service here each Trinity Sunday.