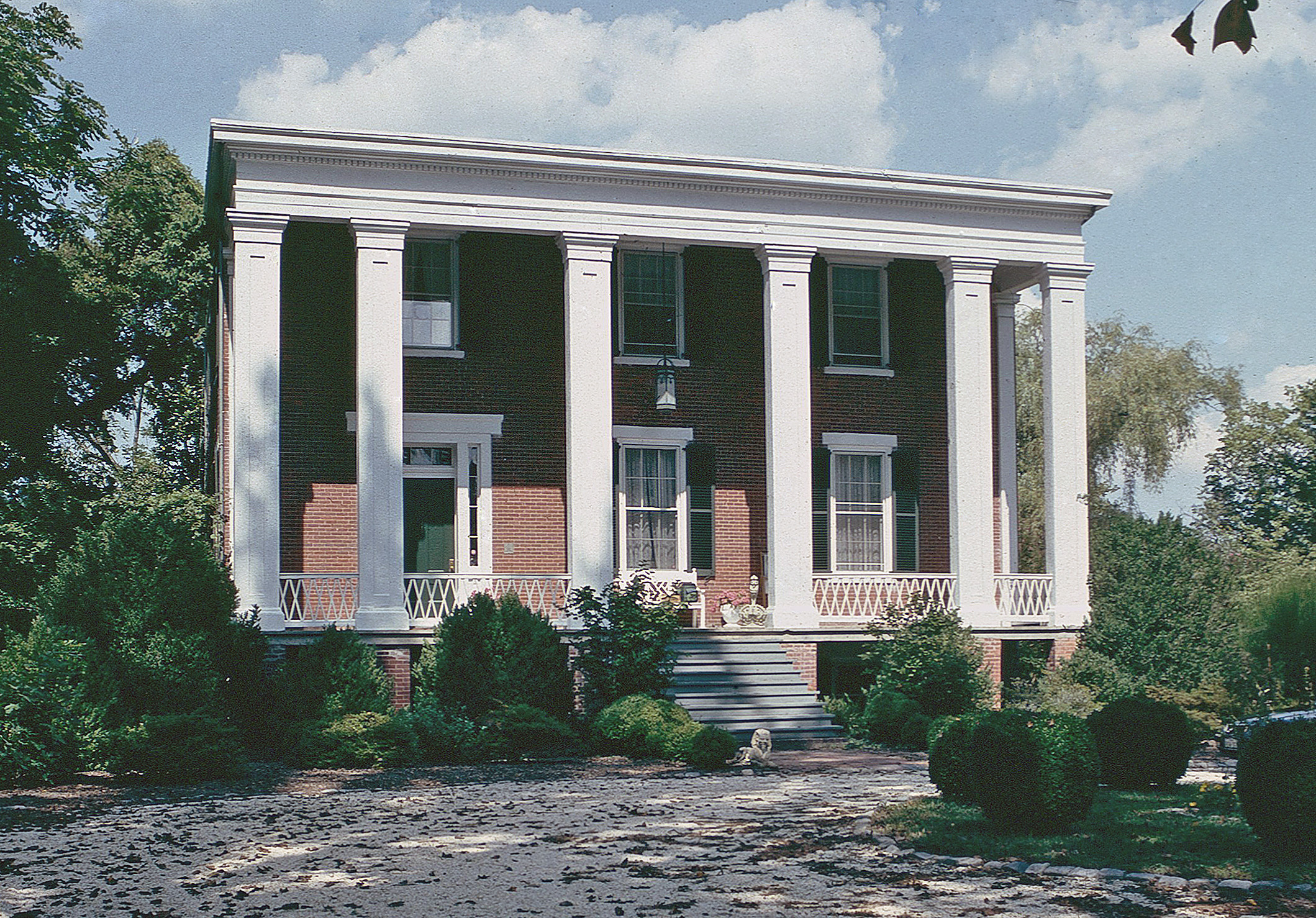 Clover Lea’s broad lawns and old trees combine with the porticoed house to present an idealized picture of an antebellum plantation residence. Although the Hanover County structure is not large compared to the Greek Revival houses of the Deep South, its tall square pillars, high-ceilinged rooms, and handsome woodwork give it the stately air inherent in the Grecian mode. The use of a portico on the façade is a departure from the Richmond region practice of placing the portico on the rear or garden elevation. The house was built for George Washington Bassett who, with his wife Betty Burnet Lewis, moved into their completed home in September 1844 where they eventually raised eleven children. The property remained in the Bassett family until the end of the century. During the Civil War Clover Lea was raided by Union cavalry seeking Gen. J. E. B. Stuart.