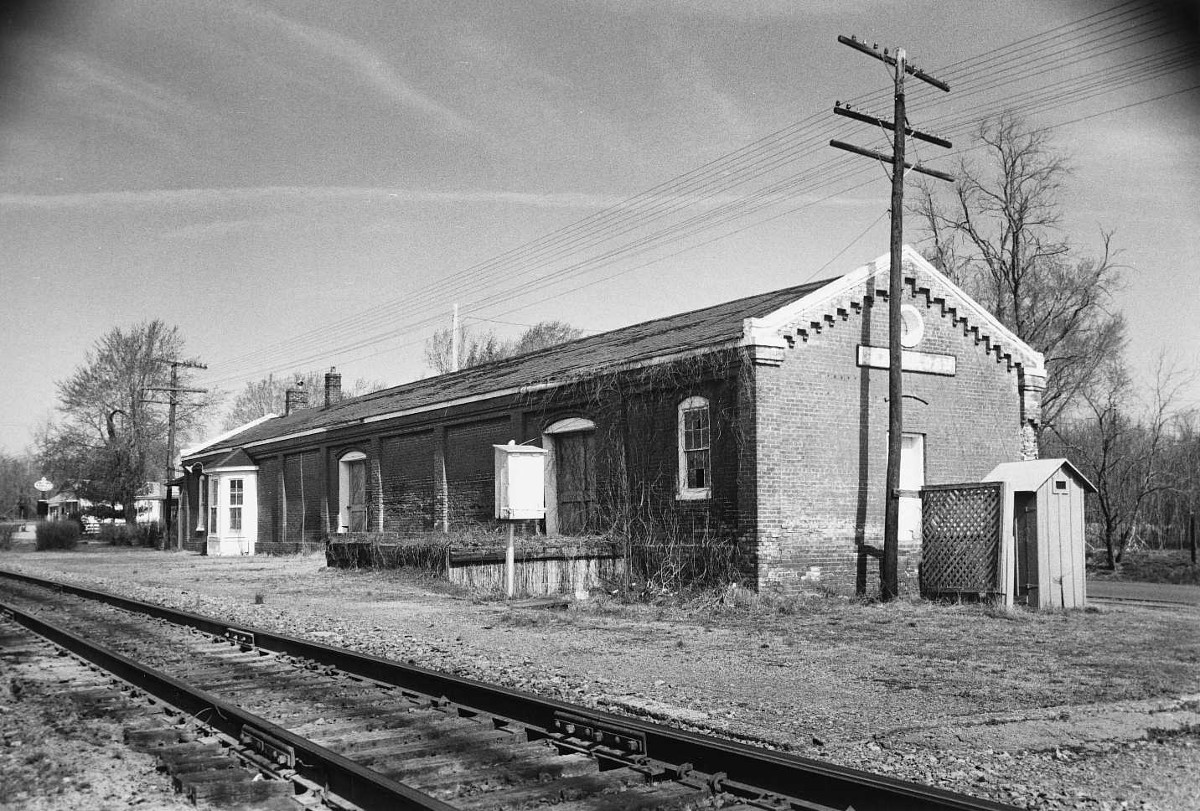 One of Virginia’s earliest surviving railroad stations, the Beaverdam Depot was built in 1866 to replace a makeshift depot destroyed by Union forces on May 9, 1864. This makeshift depot replaced an 1862 depot destroyed in a Union raid of February 1864. The original ca. 1840 depot was likewise destroyed in a Union raid on Beaverdam on July 20, 1862. The present depot was one of several rebuilt by the Virginia Central Railroad on the sites of depots lost to war. Not long after completion of this brick facility, the Virginia Central Railroad Co. was purchased by the Chesapeake and Ohio Railway, which emerged in the 1880s as one of the state’s dominant lines. Although no longer in use, Beaverdam’s depot is remarkably well preserved. Both of its waiting rooms have beaded-board walls and ceilings. The office retains shelving and switching mechanisms. The long, low structure also has baggage and freight rooms.