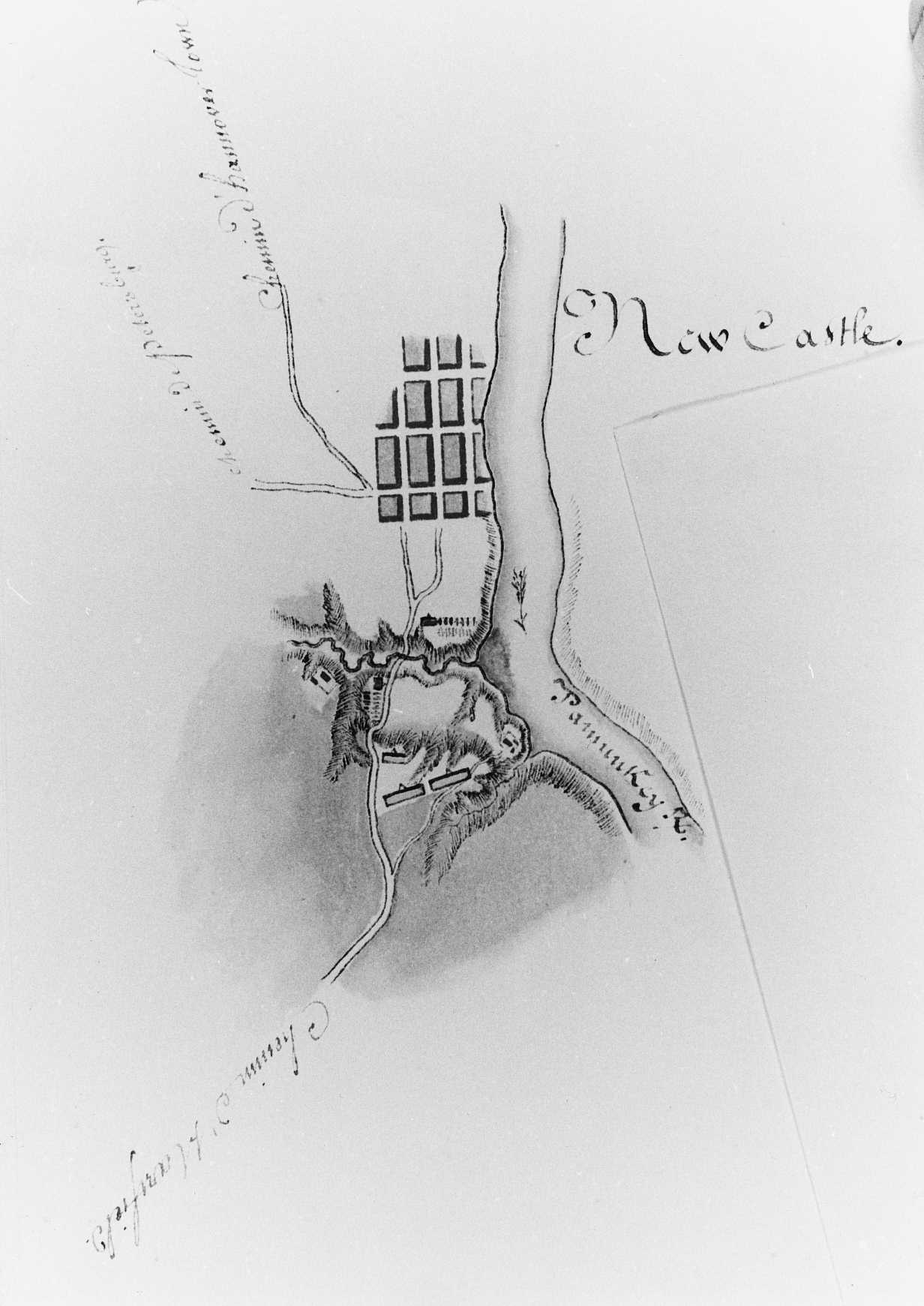 Newcastle was a colonial port town established by the General Assembly on a forty-acre tract on the Pamunkey River owned by William Meriwether. In 1739 its fifty-two lots, along with six lots reserved for warehouses, were surveyed by John Henry, father of Patrick Henry. On May 2, 1775, at the summons of Patrick Henry, the Hanover volunteers met at Newcastle to protest Governor Dunmore’s removal of the colony’s gunpowder from Williamsburg. Considerable military activity took place in the vicinity in 1781. Baron von Closen, aide-de-camp to Rochambeau, visited the town at that time and described it as “situated rather pleasantly on the banks of the Pamunkey.” A French army cartographer drew the map shown. The silting of the river in the early 19th century led to Newcastle’s decline and eventual disappearance, making the site valuable today for archaeological investigation.
[VLR Listed Only]