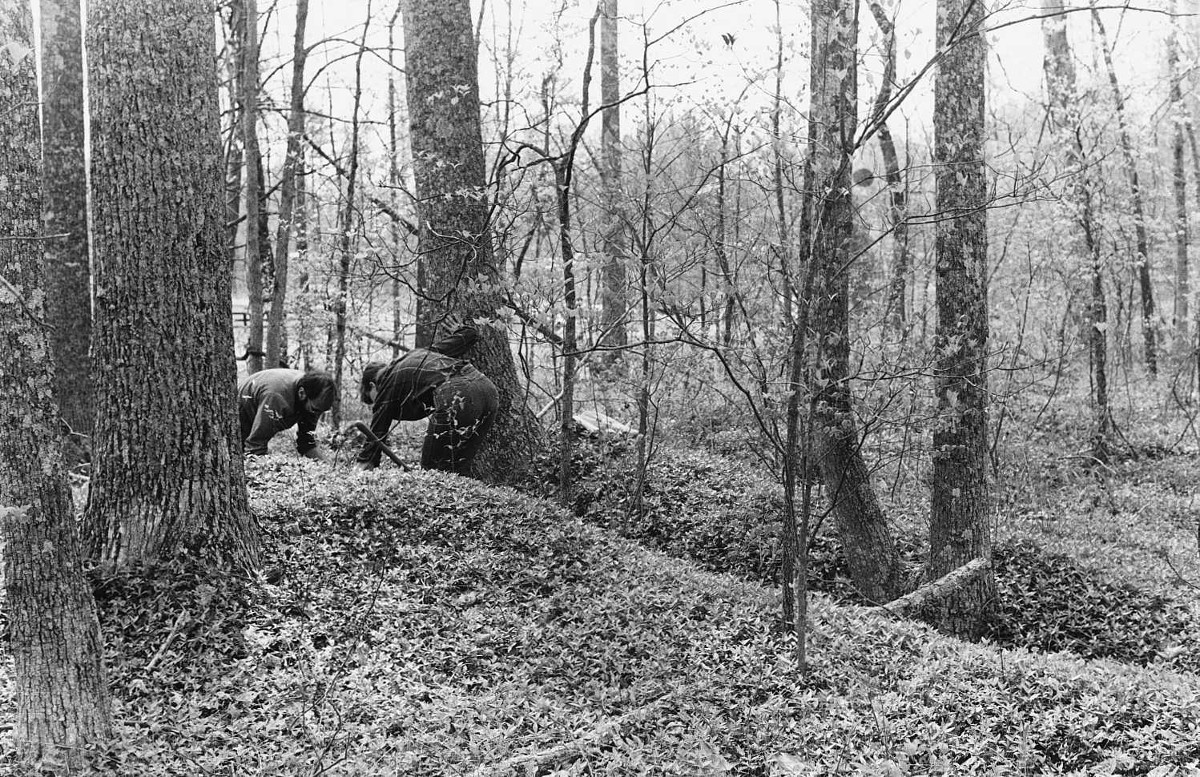 A wooded knoll blanketed with periwinkle now marks the place where the Cedar Creek Meeting of the Society of Friends worshiped from 1721 until 1894. Over that period the property embraced at least three different meetinghouses. Also on the property is a burial ground where many of the congregation now lie in unmarked graves, such anonymity being characteristic of the Quaker faith. The second meetinghouse, built ca. 1768, was replaced by a third structure, completed by 1799. A schoolhouse was erected at the same time. The last meetinghouse, a brick structure, either a replacement or an expansion of the 1799 structure, was destroyed in a forest fire in 1904. Archaeological testing has revealed features relating to the 1799 meetinghouse. Further investigation could unearth important data on the religious and educational facilities of an enduring and influential organization of dissenters.
[VLR Listed Only]