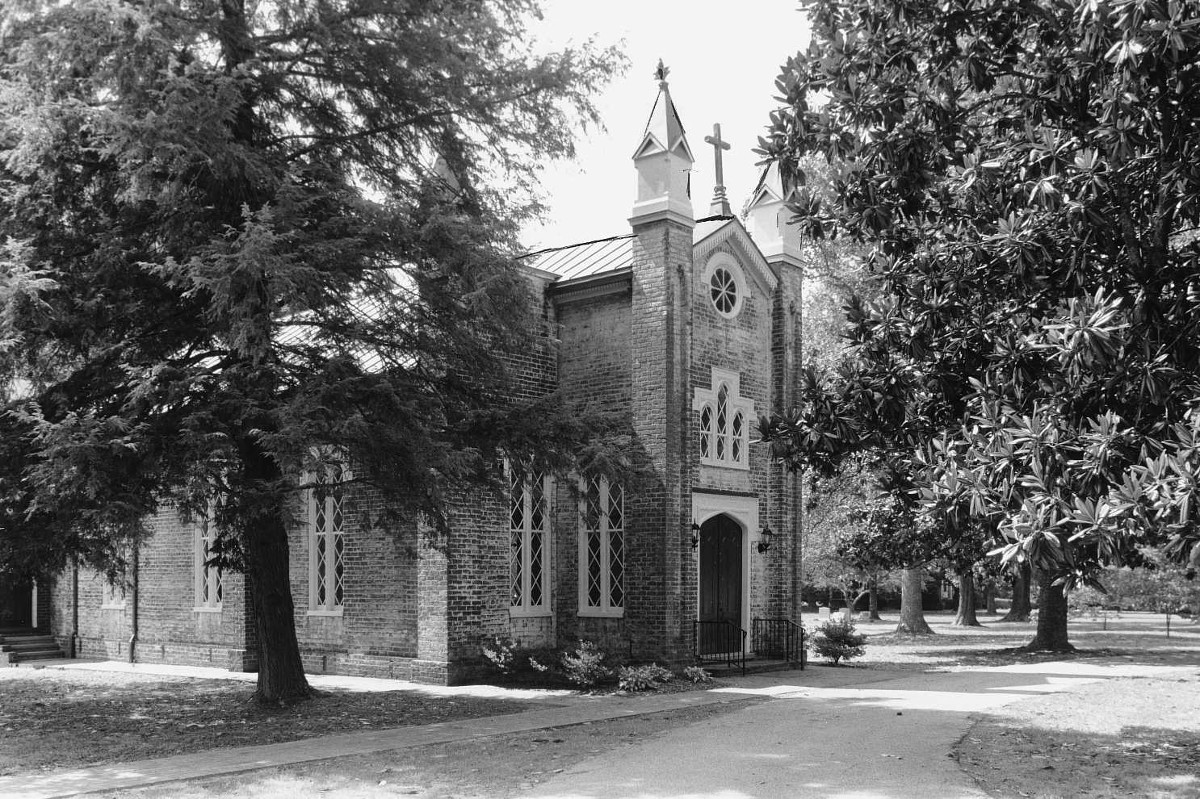 Although the Gothic Revival style never completely dominated America’s architectural scene as did the Greek Revival, the Gothic nonetheless permeated many aspects of the built environment, especially ecclesiastical works. This was especially so with the Episcopal Church which wanted to acknowledge its Medieval roots and its relation to the magnificent creations of the Age of Religion. Many 19th-century American Episcopal churches thus displayed references to the lofty Gothic grandeur. A small country church such as Immanuel Church could find itself decked out with pinnacles, pointed windows, and buttresses—echoing buildings long ago and far away. As originally built in 1853, Immanuel was a plain rectangular structure. It acquired its Gothic character in an 1881 remodeling which included the façade with its stepped parapet, finials, and “rose” window. One of the state’s most picturesque churches, Immanuel serves an active parish.