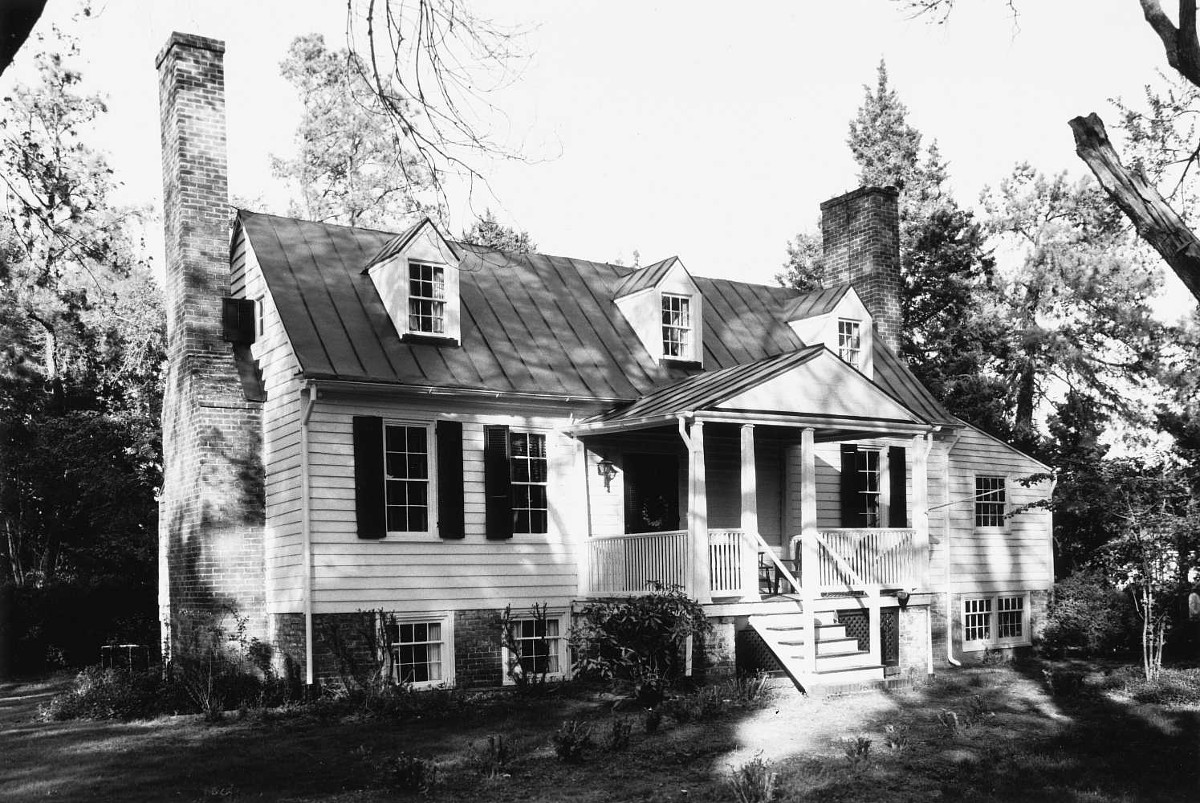 Laurel Meadow’s dwelling house is a model example of the eastern Virginia vernacular farmhouse of the first half of the 19th century. Its dormered gable roof, hall/parlor plan, and asymmetrical facade are all features associated with the building type, one that developed in the late 17th century. The construction date is unknown, but the house was probably fairly new in 1821 when the Oliver family occupied the property. It was acquired by George K. Hundley in 1860. In 1862 it was used as a campground respectively by both Union and Confederate troops. Hundley family tradition holds that Gen. “Stonewall” Jackson spent a wakeful night there writing dispatches. Additional fighting occurred nearby in 1864. Although it has passed through various owners, the house remains without significant alterations and preserves several outbuildings.