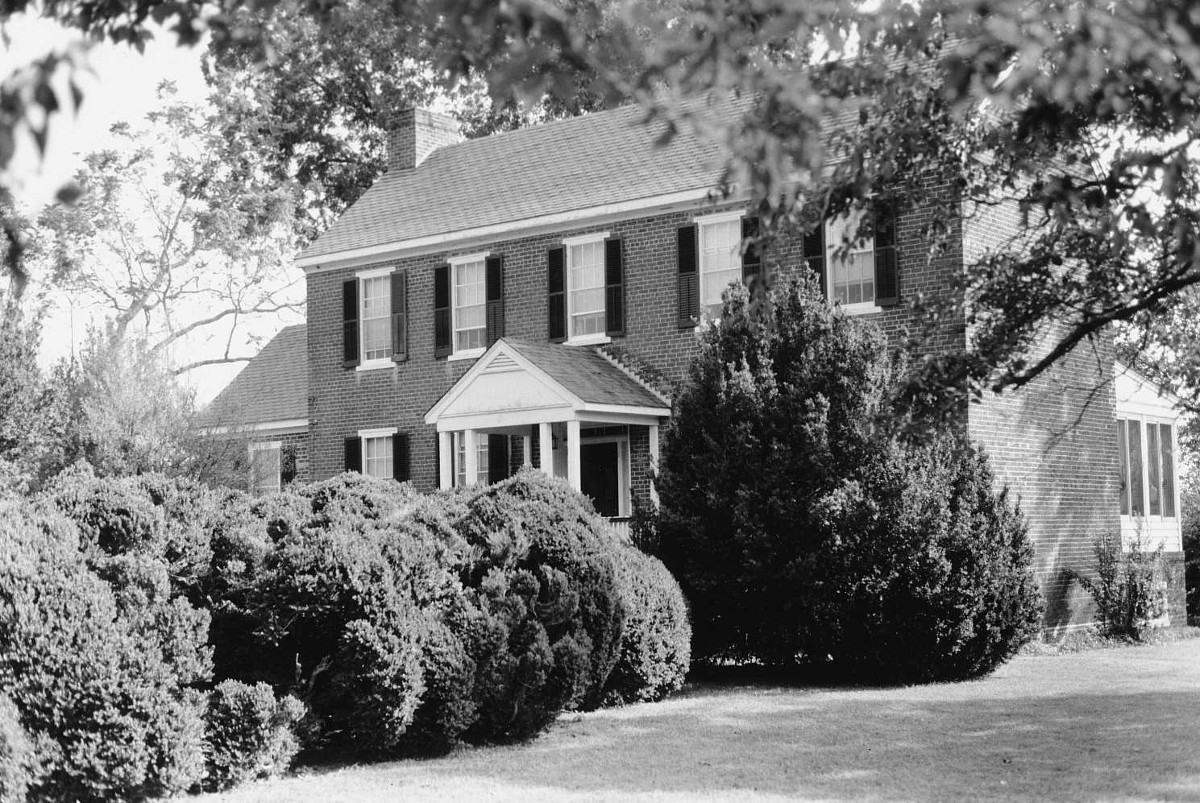 The brick dwelling house at Springfield, a standard two-story Federal residence, was built in 1820 for Lucy Grymes Nelson, widow of Thomas Nelson, a signer of the Declaration of Independence and governor of Virginia. Though Mrs. Nelson was of the most patrician of Virginia families, her house is surprisingly unpretentious. Her lofty status, however, made Springfield a place of social importance, one served by thirty-seven slaves. Except for the replacement of some first-floor woodwork with Greek Revival trim, and one-story additions built on the side and rear in 1970, the house had been little changed. In front of the house is a circle of very old English boxwood with a large tree box in the center, said to be a remnant of a garden planted by Mrs. Nelson. Behind the house is an original frame kitchen/laundry outbuilding and a frame smokehouse.