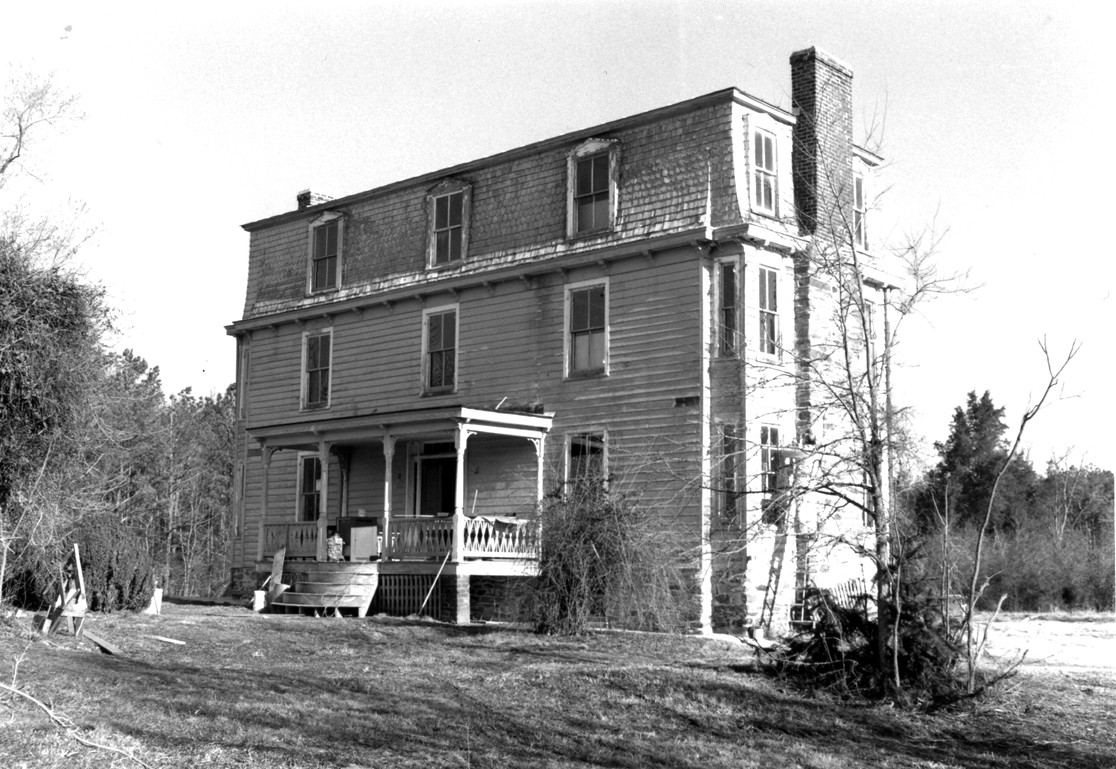 Sharp’s Oakland has at its core parts of a house that existed when the farm was behind Federal lines during the Civil War Battle of North Anna in May 1864. Some 15 years later, J. D. Sharp from New York purchased the property. He built the present mansion, a cunning essay in the Second Empire style. It combines rustic stone chimneys with a delicately patterned, wooden-shingled mansard roof. The chimneys are flanked by curious two-story corner projections with windows on each face at both levels. The resulting tall narrow proportions are unlike the typical cubic solidity of most Second Empire dwellings and, in fact, have proportions similar to those of dollhouses. On the interior, original false graining survives on much of the woodwork.