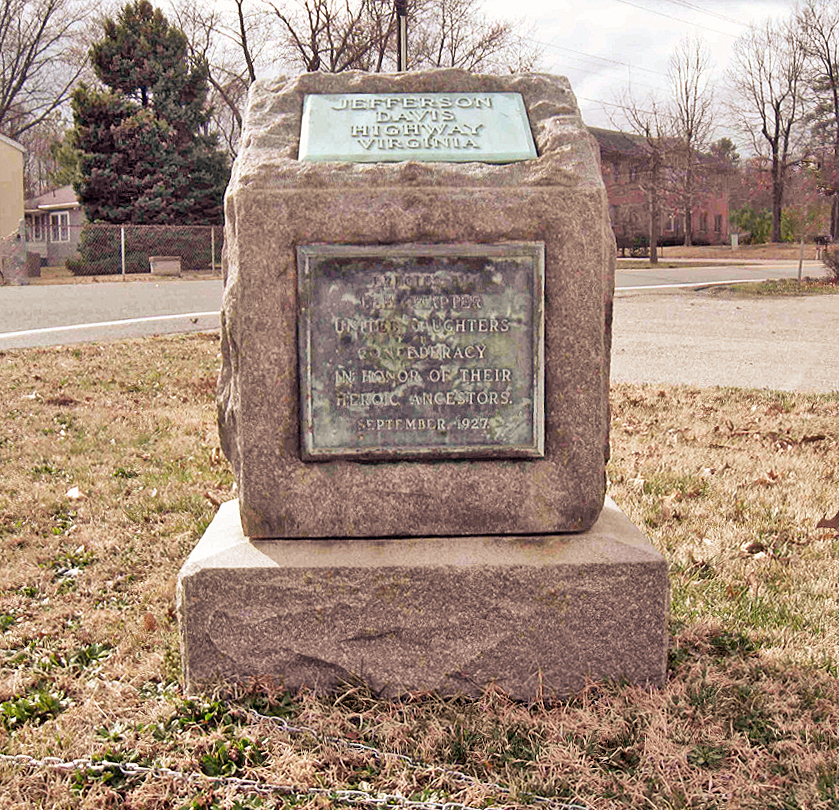 The Ashland Jefferson Davis Highway Marker in Hanover County, is one of 16 granite memorials in Virginia commissioned and erected along U.S. Rte. 1 between 1927 and 1947 by the United Daughters of the Confederacy, an organization pivotal in establishing and promoting the Jefferson Davis Highway nationwide. The highway, incorporating U.S. 1 in Virginia, commemorated the first and only president of the Confederate States of America with a cross-country route, and also served as a counterpoint to the Lincoln Highway, which was established during the same period, the second decade of the 20th century. A plaque on the Ashland marker states that it was erected by the Lee Chapter of the UDC.